I beg to move, That leave be given to bring in a Bill to amend the Scotland Act 1998 to transfer the power to legislate for a Scottish independence referendum to the Scottish Parliament; to provide that such power may only be exercised where the Scottish public has demonstrated its support for the holding of such a referendum; to provide that no such referendum may be held sooner than seven years following any previous such referendum; and for connected purposes.

The question of whether the ancient nation of Scotland should be an independent country once again continues to be the subject of much debate, indicating that the matter is far from settled. Of course, it is entirely proper for any country to review such matters because Scotland will only become independent, as and when, a majority of the people of Scotland choose that path.

Yet this requires a democratic mechanism that is constitutional and satisfies international legal precedent.

This Bill seeks to standardise and codify such a requirement in line with,

The motion passed by this House which endorsed the principles of the 1989 Claim of Right and which acknowledged “the sovereign right of the Scottish people to determine the form of government best suited to their needs.”

The Bill is explicit on the necessary conditions to bring this mechanism into play.

Firstly, that the power to legislate for a referendum requires a democratic mandate from the Scottish public to do so.

Since 2014 that criterion has been met in successive general elections to the Scottish Parliament, most recently in 2021 where a majority of MSPs were elected on a manifesto commitment to deliver an independence referendum. In addition to this a majority of the votes cast on the D’Hondt regional list were won by parties that support Independence - the SNP, the Scottish Green Party and ALBA party.

In terms of established UK precedent this would bring Scotland into line with the provisions for a border poll in Northern Ireland regarding the constitutional future of the island of Ireland.

And as Robert McCorquodale, Professor of International Law and Human Rights, sets out this would be in keeping with the UK’s international legal obligations applicable “to all states, including to peoples within states… worldwide to seek to exercise their right to self-determination.”

Mr. Speaker, it is necessary to put this Bill into its political and historical context.

In 1707 a majority of Scottish Parliamentarians may have been persuaded, but the people were never consulted.

The Acts of Union 1707 between England and Scotland created the Kingdom of Great Britain establishing a single political entity, yet preserving the territorial, legal and institutional integrity of each partner country.

The UK's constitution is not codified in a single document, so the question of whether the Acts of Union can be unilaterally dissolved by one party is not clear. However, the accepted position hitherto is that the union is a voluntary association of equal partners, and that Scotland has an unquestioned right of self-determination.

And, that is a right underpinned by Scots common law which rests not on the Magna Carta, but on the Claim of Right which continues to assert that it is the people who are sovereign.

The Scotland Act of 1998 established the Scottish Parliament, which has the power to legislate on agreed devolved matters within Scotland, while the UK parliament retains legislative competency on matters reserved to Westminster.

It is generally understood that for a country to gain independence there requires to be a legal process, such as a vote in a referendum. Such a process was established in 2012 through the Edinburgh Agreement which was signed by First Minister Alex Salmond and Prime Minister David Cameron.

The Edinburgh Agreement established a clear process whereby a Scottish General Election that returned a government with a mandate for an independence referendum would enable that government to petition for authority under Section 30 of the Scotland Act to respect the democratic force of that vote in a referendum.

While respect for this established process has since been affirmed by the UK Government, in absence of any legal constitutional consensus the matter of Scottish Independence has reached a political impasse to the detriment of Scotland’s democratic process.

This Bill seeks to remedy that by setting out the process by which the democratic wishes of the people of Scotland can be respected and enacted. This would preserve their inalienable human rights as a distinct people of the ancient nation of Scotland in accordance with the constitutional tradition of Scotland, the UN Charter and extant international law.

“The principle of the unlimited sovereignty of Parliament is a distinctively English principle, which has no counterpart in Scottish constitutional law.”

And in the pleadings of the hon and learned Member for Edinburgh South West (Joanna Cherry) in her prorogation case to the UK Supreme Court, it is noted that the 1707 parliamentary Union between England and Scotland may have created a new state but it did not create one nation.

The UK government enthusiastically claims it seeks to preserve democracy the world over, yet it has moved to block Scotland’s consistently expressed democratic aspirations, at each and every turn.

Surely it is now time to move to eliminate accusations and counter accusations of brinkmanship and set out a clear pathway consistent with precedent across these islands where constitutional friction exists.

Can Members opposite imagine the circumstances where, having entered the common market and ratified every, subsequent treaty – leading to the European Union – the EU Parliament moved to block or interfere with their Brexit vote, or set a limit on when and if such a vote could be held?

The notion is, of course, ludicrous, because democracy is not a single event but an evolving and continuous process.  That is how civilised people behave, and how fundamental rights of freedom of thought and expression are peacefully demonstrated.

As a member of the EU, the UK Government possessed and exercised a veto, yet claimed its sovereignty was impeded by membership.  Scotland has no such equivalent mechanism available to our people and remains subject to the wiles of its larger neighbour, exemplified by Brexit.

How does that constitute access to meaningful political process, as claimed in the recent UK Supreme Court judgement?

Prime Minister Winston Churchill’s signing of the 1941 Atlantic charter brought into being the principle of self-determination of peoples, as now enshrined in the United Nations charter.

Margaret Thatcher in her memoirs said of Scotland:

“As a nation, they have an undoubted right to national self-determination.”

“No nation could be held irrevocably in a Union against its will.”

None of these senior conservative politicians’ sough to constrain the democratic right to self-determination.

In the aftermath of the 2014 referendum, the all-party Smith commission agreement was signed by all of Scotland’s main political parties and it stated:

“It is agreed that nothing in this report prevents Scotland becoming an independent country in the future should the people of Scotland so choose.”

The effect of this bill should be uncontroversial for every member, it merely establishes in law an equivalent mechanism to the principle, already conceded by the UK Government, in relation to a border poll in Northern Ireland, that no such referendum may be held sooner than seven years after any previously mandated referendum.

In 1889 in this place the equality of UK Partner countries was asserted by one William Ewart Gladstone MP, saying “I am to suppose a case in which Scotland unanimously, or by a clearly preponderating voice, were to make the demand on the United Parliament to be treated, not only on the same principle, but in the same manner as Ireland, I could not deny the title of Scotland to urge such a claim.”

This begs the question. Why would the UK Government deny democracy to Scotland but not to Northern Ireland?

Could the clue lie in the words of former Prime Minister John Major from 1993’s Downing Street Declaration that the UK has “no selfish strategic or economic interest in Northern Ireland” whereas, in the case of Scotland the opposite is true, where unconstrained access to our vast resources, energy is transmitted south to millions at no cost.

Mr Speaker, the decision on Scotland’s future ultimately and rightly must rest in the hands of the people of Scotland. And in the constitutional tradition of popular sovereignty in our great country, it is the Scottish people who remain sovereign.

This Bill is neutral in its effect. It favours neither once side nor the other, but it seeks to codify the Scottish people’s right to choose their own constitutional future.

To return to 1889, Dr Gavin Clark, MP for Caithness said “Everybody, even old Tories on the other side, must admit that some change is necessary. Then what is the remedy to be?”

If democracy matters at all, every member in this house should support the remedy contained in this Bill regardless of their view on Scottish independence.

I commend it to the House. 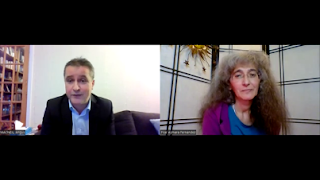 I had the pleasure of interviewing Angus Brendan MacNeil, SNP MP for Na h-Eileanan an Iar and Trade Committee Chair in Westminster.

With him we analysed the future of Scotland towards indepencence, the disastrous effects of Brexit on the Scottish economy and we spoke a little bit about the importance of the Gaelic and minority languages

@indyscotnews · Interview with Angus Brendan MacNeil: The Future of Scotland Towards Independence
(With thanks to IndyScotNews)
Publicado por pilaraymara.com en 20:52 Ningún comentario: 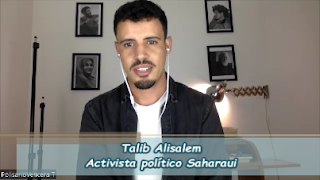 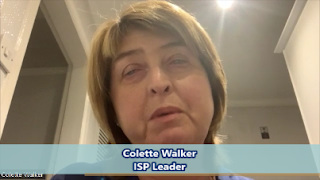 Happy to share with you my interview with Colette Walker, Leader of the Independence for Scotland's Party (ISP)

Open letter from @coletteisp to @NicolaSturgeon. Time to get that Scottish Constitutional Convention up and running.. #SupremeCourt #ConstitutionalConvention pic.twitter.com/nV23OPphNm

Neal Hanvey (Alba) : "In Scots law there is no sovereignty higher than that of our people" #Scotland #StAndrewsDay #Indyref2 #ScotsLaw #Sovereignty #SelfDetermination

Happy #StAndrewsDay to everyone. Love from Santiago de Compostela #FlowerofScotland 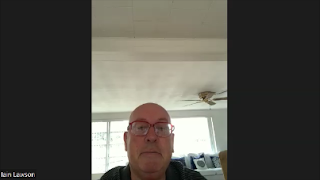 I just had the pleasure of speaking to Iain Lawson who runs the blog "YOURS FOR SCOTLAND"
We analysed the current political situation of Scotland, the Supreme Court case, the SNP strategy and also we spoke about the new initiative: SALVO 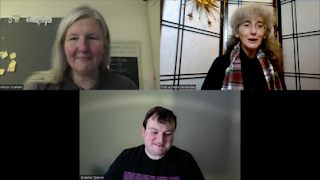 Happy to share with you my chat with Allison Graham and Graeme Spence, co-founders of ViveEcosse!, Scottish Independence Blog and pro independence activists.
I spoke to them about the UK Supreme Court sentence and the way forward for Scottish independence
Publicado por pilaraymara.com en 21:53 Ningún comentario: