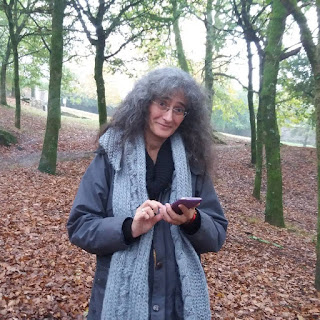 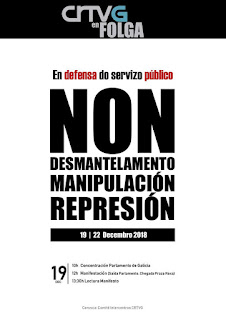 #VenresNegro30CRTVG (Black Friday 30)
#EuTaménReiteroPregunta is the hashtag that many journalists are using today to reiterate a question from a photo journalist to the Galician President who yesterday took the question, didn't like the question & then decided not to answer it! 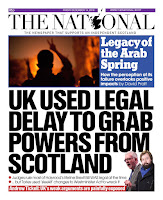 This is an important vindication for @ScotGov - with the exception of just one section, the Scottish Continuity Bill WAS within @ScotParl competence at point of introduction. https://t.co/r3ApADS7ln
— Nicola Sturgeon (@NicolaSturgeon) 13 de diciembre de 2018

You can listen to the Official Statement of the Lord Advocate in the @ScotParl here: https://t.co/4Yc9b5IVZU pic.twitter.com/L1idQduR3T

Lord Advocate explained today how the #ContinuityBill was at the time it was approved by overall majority, competence of the @ScotParl and why the move made by the UK Government changed the situation
Full video here: https://t.co/4Yc9b5IVZU pic.twitter.com/VPBuFXCvdG
— Pilar Fernandez (@pilaraymara) 13 de diciembre de 2018

Shameless spin. The nub of today's decision? Elements of Holyrood's Brexit Bill conflict with UK legislation passed *after* MSPs voted through the Bill. The UK Supreme Court is clear the Bill was substantively lawful when passed. Bad law for these chumps = not having a 🔮. https://t.co/riB3xjwju1
— PeatWorrier (@PeatWorrier) 13 de diciembre de 2018

A great summary from @joannaccherry on the ruling of the  #ContinuityBill 🤓#Scotland #Brexit pic.twitter.com/Vu9TpviClN
— Pilar Fernandez (@pilaraymara) 13 de diciembre de 2018

Good point. Presiding Officer was wrong. However the Continuity Bill was legal at the time it was passed, but 'cos UKGovt changed laws BEFORE it became an Act, some of the devolved areas ceased to be devolved & therefore ScotParl now can't legislate on those things.  #Colonialism
— MajorBloodnok (@MajorMcBloodnok) 13 de diciembre de 2018

BREAKING :
UK is free to unilaterally revoke the notification of its intention to withdraw from the EU  #Brexit pic.twitter.com/vCbX2MwIsU
— Pilar Fernandez (@pilaraymara) 10 de diciembre de 2018

Joint statement ⁦@joannaccherry⁩ and I on the huge win in the ECJ. The UK *can*, *unilaterally* revoke Article 50. The Scottish Case has delivered. 🏴󠁧󠁢󠁳󠁣󠁴󠁿🇪🇺 https://t.co/UF7l0RBT2j
— Alyn Smith MEP 🏴󠁧󠁢󠁳󠁣󠁴󠁿🇪🇺 (@AlynSmith) 10 de diciembre de 2018

So an extension of Article 50 to allow time for another vote, followed by revocation of Article 50 if the outcome is Remain seems to be an option that is now open to the House of Commons. #ECJ
— Nicola Sturgeon (@NicolaSturgeon) 10 de diciembre de 2018

This is the 1st win for #Scotland in the #Brexit process. It won’t be the last. It shows what can be done when politicians from different parties work together in the national interest. Huge plaudits to my @scotgp & Labour co-petitioners #ScottishCase #Art50
— Joanna Cherry QC MP (@joannaccherry) 10 de diciembre de 2018

A wee comment on the results of the Elections in Andalucia

Wishing you all a very Happy #StAndrewsDay, Scotland - Love from Galicia 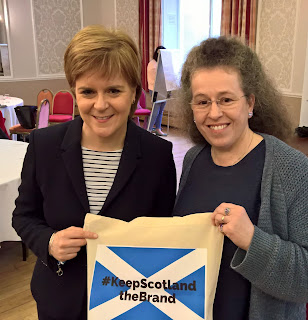 Welcome to the #keepScotlandtheBrand direct action campaign! All supermarkets cover the provenance of our #FoodandDrink with DEFRA’s ‘Great’ campaign to some extent. Many people have no choice in what they buy, either because of availability or price. The #keepScotlandtheBrand direct action campaign should send the message home.


How do we send a strong message encouraging supermarkets to label food clearly?
We send the packaging back! If you find it hard to buy the produce you are looking for because it is buried beneath generic labelling, let the supermarkets know.

Take the packaging, make sure it is clean and dry - we want to be respectful of the people handling it - write a positive message explaining why you think they should #keepScotlandtheBrand and send it back to customer services. If you go online and search for the 'freepost' of the supermarket in question that makes it even simpler to send the packaging back. Be creative! Some folk are talking about writing poems or sending sketches. Let's send a positive message for Scotland's producers 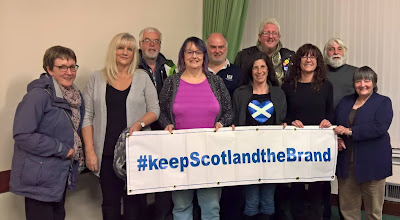 All supermarkets cover the provenance of our #FoodandDrink with DEFRA’s ‘Great’ campaign to some extent. Many people have no choice in what they buy, either because of availability or price. The #keepScotlandtheBrand direct action campaign should send the message home.
— keepScotlandtheBrand (@keepScotBrand) 19 de noviembre de 2018 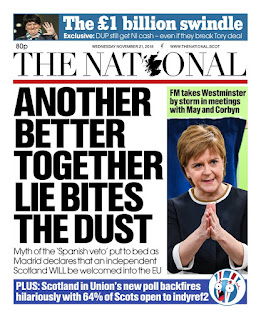 The real Spanish Veto: Brexit and Gibraltar
The President @sanchezcastejon says that Spain will vote against Brexit if the article 184 of the #DraftAgreement is not changed

I’m an EU citizen and work as a GP. To be honest, this comment is pretty racist, divisive and quite scary to me. I didn’t see massive queue of locals lining up to do my job. Should I apologize for jumping it?
— Functional Medicine London (@FunctionalLon) 19 de noviembre de 2018

Actually, the more I think about it, the more offensive ‘jump the queue’ is as a description of a reciprocal right of free movement. Really disgraceful.
— Nicola Sturgeon (@NicolaSturgeon) 19 de noviembre de 2018

May's insulting language to three million of our fellow EU citizens: they weren't "jumping the queue" - there were two queues and FFS she is the one who capped high-skill non-EU immigration. It's sickening, dog-whistle xenophobia... pic.twitter.com/YtRTUMWk1W
— Paul Mason (@paulmasonnews) 19 de noviembre de 2018

BREAKING: Treasury Minister, Robert Jenrick, has just conceded that Govt will publish an economic impact assessment which will compare the terms of our EU membership now with the proposed Withdrawal Agreement (leading to an FTA) and ‘no deal’(WTO terms) before the meaningful vote
— Chuka Umunna (@ChukaUmunna) 19 de noviembre de 2018

The Scottish Government published its report in January, 2018 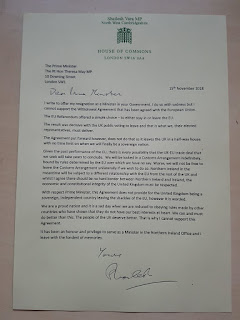 Today is going to be a very long long day... I'll be sharing all the resignations with this post and. At the momento the Secretary of State for Northen Ireland and the Minister for Brexit have resigned ... who's next? 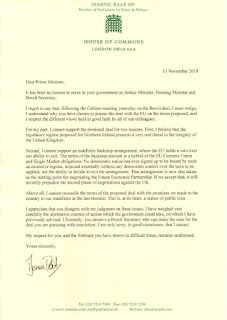 It is with sadness that I have submitted my letter of resignation as PPS to the Education Ministers to the Prime Minister. It has been a joy and a privilege to have served in defence and education. pic.twitter.com/AWlMXNxtT0
— Anne-Marie Trevelyan (@annietrev) 15 de noviembre de 2018 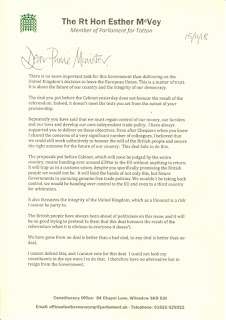 Earlier this morning I informed the Prime Minister I was resigning from her Cabinet pic.twitter.com/ZeBkL5n2xH
— Esther McVey (@EstherMcVey1) 15 de noviembre de 2018

It is with deep regret and after reflection that I have had to tender my resignation today as a Brexit Minister. Thank you for the opportunity. I look forward to working to support Brexit from the Backbenches. This has not been an easy decision. pic.twitter.com/C0kply8aLE
— Suella Braverman MP (@SuellaBraverman) 15 de noviembre de 2018 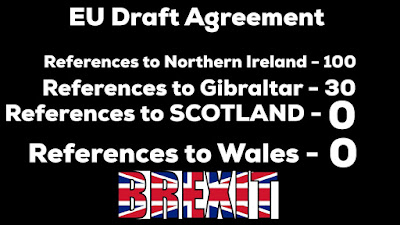 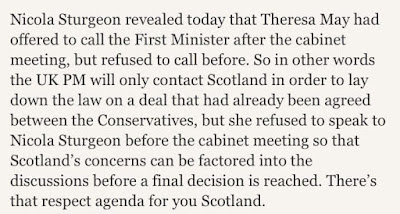 Not long off call with PM. She tried to tell me Scotland’s ‘distinctive’ interests had been protected. I pointed out that there isn’t a single mention of Scotland in the agreement, that it disregards our interests, and puts Scotland at a serious competitive disadvantage.
— Nicola Sturgeon (@NicolaSturgeon) 14 de noviembre de 2018


#Brexit #WithdrawAgreement
The lack of respect from the UK Government to Scotland is once again as outrageous as it is heartbreaking... ☹️
And the Scottish Tory MPs are happy with it. What a disgrace!
Scotland deserves better ... You are a great Nation #GaunYersels
— Pilar Fernandez (@pilaraymara) 14 de noviembre de 2018

"I'm not even sure the UK government knows where it's got to" says Dave Thompson from Scottish Independence Convention as momentum builds for a second Scottish independence referendum as crowd-sourced funds pour in. pic.twitter.com/m6x6eFIays
— RT UK (@RTUKnews) 14 de noviembre de 2018

This is the link of the #brexit  #draftagreement 🤓https://t.co/KtGLrowj0M
— Pilar Fernandez (@pilaraymara) 14 de noviembre de 2018


IF despite all the Brexiteers protests the #DraftWithdrawalAgreement  pass the test in Westminster... I think the First Minister of Scotland would use the mandate  #BrexitShambles
In the case of an early elections, maybe the SNP would present them as consultory elections
— Pilar Fernandez (@pilaraymara) 15 de noviembre de 2018


Clive Ponting says Yes. Clive Ponting is the original British whistleblower. Long before Assange and Snowden, Ponting leaked details of a cover-up that shook the British political establishment. Working as a senior civil servant at the heart of power, Clive Ponting grew increasingly uneasy by what he witnessed. The Belgrano affair was the final straw and Ponting's leaking of documents to MPs sparked a scandal that would lead to his arrest, trial and eventual aquittal. Clive went on to pen books on the affair, an insider's view of Whitehall and is the acclaimed author of works on the green history of the world and deconstructing the myth of Churchill.
In a live event and interview Clive reflects on his time at Whitehall and offers an insight into the murky and often chaotic world of British state which he sees as essentially corrupt. Clive has had a long standing admiration for Scotland and its values since his youth and moved from France to Kelso in 2016. Clive considers independence as the obvious choice for Scots as well as a way to escape the amoral British system. Brexit is both an opportunity and a danger for Scotland as Westminster may well use emergency measures to centralise power and dissolve the Scottish Parliament. The battle for independence may get nasty but it can and must be won.

Small-scale fishers make up the majority of the 12,000 fishers in the UK, but often don't have a voice in decision-making. So this summer, we travelled to ports around the UK to talk to them and others and industry about Brexit, and their hopes for the future of UK fishing.

The Alex Salmond Show - Episode 51 : The First Year and Episode 52 - The Lancastria, the unknown disaster 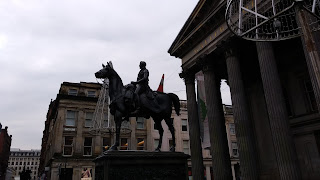 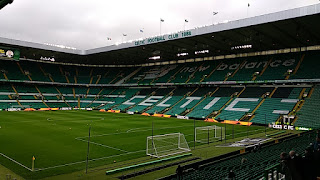 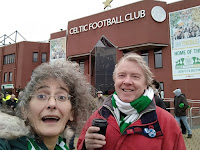 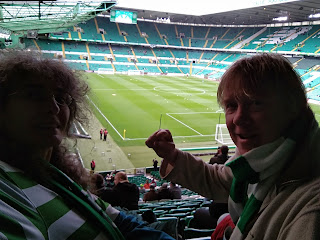 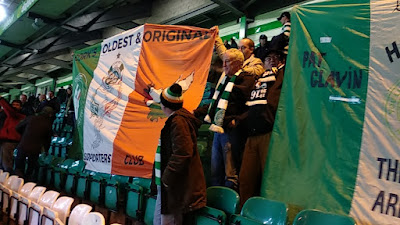 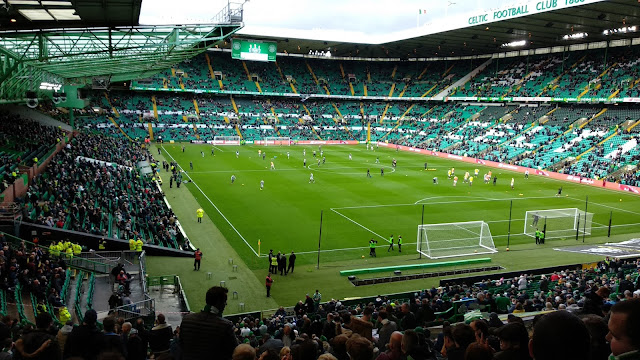 Send your message to Pilar // Envía a túa mensaxe a Pilar