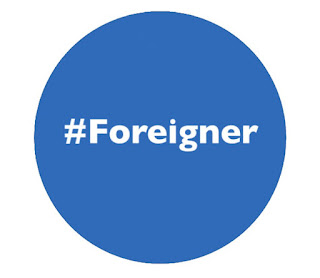 Theresa May’s disgraceful speech in Birmingham and her racist xenophobic plan for Britain after Brexit has brought to us the reality of our society, no matter if you are living in Spain or in the UK, or in France. We have a problem… we ALL have a problem and it’s very serious.

A non-elected Prime Minister with no mandate to make big decisions against the will of the British people (specially the Scots), has just explained with details and outrageous euphoria what kind of UK she is trying to make and why. And that is really what scares me the most, because I’m absolutely sure that she is fully committed and totally aware of what she is trying to do.

If you look around Europe there is a concerning reality about the small Nations. Their rights and powers have been decreasing or they haven’t received any more powers during the last years. There is a clear and continuous tendency of re-centralization all over Europe. 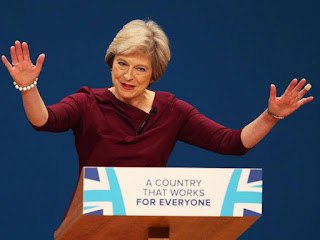 The cases of Spain and the UK are not so different in essence. I’ve noticed that during these years many policies have been run with very little differences by both Spanish and British Governments.

Actually, we’ve known that Theresa May has reaffirmed her view on the Human Rights Act. However, in case you didn’t know, in Spain we have to fight against a Gagging Law which affects our human and civil rights.

Doctors are fighting for their jobs and the permanence of a Public National Health Service, it’s the same in Spain where privatizations and cuts have been growing all over the State. Public services are now in the worse position to serve citizens.

The right wing Spanish Government has a strategy of running policies against the Autonomic powers with the unique excuse of “Brussels is the boss”. But the reality is a re-centralization of powers and the end of the Autonomic system. Primary sectors like fisheries or farming have been suffering from the very poor policies run by the State. They just don´t care what happens to our primary sectors. They have other views, other plans for them. 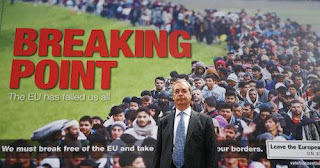 We are witnessing how our political leaders cheat without decorum. They manipulate, with no regrets of whatsoever, every day. They have the power of the MSM, they invent evidence, and they make campaigns against people who could be an alternative. They invent stories to put us into war; they lie about their policies (apparently this crisis is all our fault); they lie every day with promises that are never going to be met. Scotland knows very well about that, when it went from hope to despair on its first attempt to be independent, which by the way scraped by with the lie of the vow. Now Scotland is about to see how Theresa May will begin to destroy the Scottish Parliament, if remedy is not put beforehand. 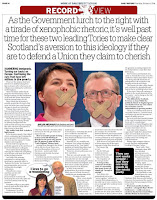 Because, I don’t know if people are aware of Theresa May’s plans to make the Autonomic Parliaments disappear after Brexit, or at least her plans to make these Parliaments a minimum Institution with very little powers (yes, it is already happening here in Spain). That’s her plan… will she able to make her plan a reality? What is going to happen with the Northern Ireland Peace Agreements in a scene where Theresa May scraps the Human Rights Act, and with a Parliament that has no powers to stop her?

And what about the thousands and thousands of foreigners living and working in the UK? What about their rights? Are they in danger after Theresa May’s xenophobic speech in Birmingham? What about “the foreigners” who visit the UK because they are married to British people and have family there?

Let’s talk about our friends and families. Will they change their views about the “foreigners”? Will they change their views and positions to us? Will they think about their comments of the “invasion of foreigners” during a cup of tea with friends and family originally from other countries? Surely not, but what about the thousands of people that think xenophobia is the answer? What about the people who think, as well as May, that those “foreigners” are stealing jobs from British (or Spanish) people?

For some political leaders, throwing incendiary diatribes is very easy; in fact, it is an unhealthy need for them. While at the base of society a bad atmosphere, racism and violence against foreigners is created, the elite continue their plan to keep full control over the system. 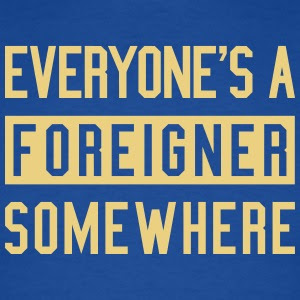 So, from now on, we all have a job to do. Xenophobia and racism are a global issue. There are plenty fools and irresponsible politicians like Theresa May everywhere; and they are creating nasty and despicable and violent atmospheres where human beings will be set against human beings.

It’s up to us to neutralize these plans. We need to re-educate ourselves; we need to stop xenophobia, to stand up for human rights, to defend human and civil rights more than ever EVERYWHERE. We need to stand against xenophobia and against fascism again, and we need to do that now. It is urgent.
Publicado por pilaraymara.com en 13:41