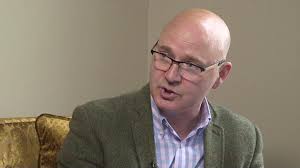 I hope that none of us want war. The people of Ukraine did not want this bloodshed and the Russian people do not want their loved ones to return home in body bags. This war has been forged and set in course by one man, Vladimir Putin.

I had hoped that diplomacy would work and that the assurances from the President of Russia were honest, but it is clear now they were not and consequently we can put no stock in anything he now says. Nothing justifies the brutal use of force on a peaceful nation.

We need only look to history to gain a perspective on the catastrophic potential of a hot war in Europe. The parallel with Hitlers claims on the Sudetenland in former Czechoslovakia that preceded the Second World War are as stark as they are disturbing. The economic consequences are already severe, the human cost will be incalculable and there is the danger of ever further escalation.

It now seems clear that the time for talk is over as final appeals for diplomacy have been roundly rejected. However, there is always a responsibility to ask ourselves such questions and not abandon all hope of peace.

Consequently, I believe our greatest hope for peace now rests upon the fortitude of the Ukrainian people who need our steadfast support, and also with the Russian people who have publicly demonstrated their opposition to this terrible attack on their friends, family and neighbours in Ukraine.

These indications of dissent from within Russia provide the best hope that the Kremlin clique around Putin may rethink their disastrous course of action and the danger of escalation to a world war. This reason alone dictates we must remain alert to any chance of de-escalation if and when it emerges. All wars end in negotiation and we must never miss the opportunity even as the war drums beat.

We know the Russian President has broken international law, invaded a sovereign nation, brought bloodshed to a peaceful country and now threatens Ukraine’s democratically elected head of state and his family.

Various commentators have made two key points about how we progress. Firstly, that President Putin has gone to considerable efforts to ‘sanction-proof’ his economy, and secondly that London’s reliance on dirty Russian money is impeding international efforts to make any such sanctions meaningful. These points must be urgently addressed. In addition to this we have a need to tackle the impact of such sanctions on ourselves. The UK and Scottish Governments should bring forward, as a matter of urgency, proposals to increase the output of North Sea oil and gas, to temper already escalating energy costs and secure supplies to European neighbours and allies.

It is therefore vital that the UK Government urgently reassess such matters and brings to bear maximum pressure on President Putin to cease his hostilities and bring us back from the brink of an unthinkable third world war.  (487)

UK Parliament Disclaimer: this e-mail is confidential to the intended recipient. If you have received it in error, please notify the sender and delete it from your system. Any unauthorised use, disclosure, or copying is not permitted. This e-mail has been checked for viruses, but no liability is accepted for any damage caused by any virus transmitted by this e-mail. This e-mail address is not secure, is not encrypted and should not be used for sensitive data.
Publicado por pilaraymara.com en 15:49