If I was living in Scotland, I would have no doubts, I would vote SNP. 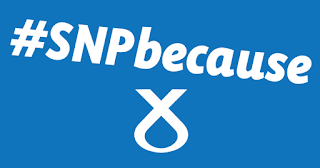 For years, Labour had its opportunity, and they failed to support and defend Scotland's interests. They prefered to join the Establishment assuming its unfair speech and forgetting their principles. They started an illegal war that brought the current instability to the Middle East; they started cuts and austerity policies, they have decided that spending money on nuclear weapons is much better than investing in progressive policies and welfare; they "forgot" to abolish the undemocratic House of Lords and ironically they speak of democracy deciding what that is and what it is not... like the PSOE in Spain, they call themselves a "socialist" party but that is just a joke.


The rise of poverty in the UK and in all Europe has sent all of us a clear message: "we cannot keep  such disastrous policies. Austerity only works for a few, but not for the ordinary people. The Establishment, supported by Labour, Lib Dem and the Tories in the UK (and similar brother parties all over EU)  has promoted inequality, corruption, economical cuts and the removal of rights and the like... and suddenly, transparency has become an unknown word in our "democratic" systems. 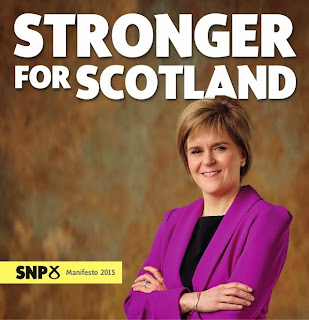 It is already time for a new and stronger voice to be heard in Europe and in Westminster, it is time for a change, for new policies and time for real representation. They wanted Scotland to stay part of the UK, they promised the Vow, new powers,  they loved you so much... and the Scottish people decided to stay.

Scotland and the Scottish people deserve more than an past memory of old Labour, Scotland deserves a renewal; Scotland deserves the best representation to speak loud and clear in the bowels of the Empire. A voice that will claim for all what the weakest people deserve: equality, opportunities, culture, protection and hope. From my view, Labour cannot give hope to the people of Scotland anymore. 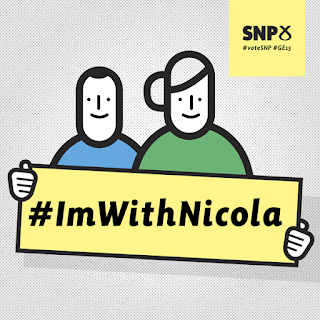 I've being watching during these year all the news, debates and videos of all the political options. I won't hide (I don´t want to) my total admiration and my best wishes for Nicola Sturgeon. With a leader like her nothing can go wrong. She has  experience, huge clarity, discipline and a extraordinary common sense. I'm totally sure that you are very proud of her!

As I'm also sure that all the SNP candidates I was able to meet, and all those I've being listening to, will be the best representatives for Scotland.

The SNP has started to be the voice of progressive policies in the UK, but  Scotland can be (already is)  an example of democracy and progress and hope internationally.

So, from here, this "Bridge between Galiza and Scotland", with your permission, I would like to wish the best of luck to all SNP candidates and ask you all to vote for the SNP.