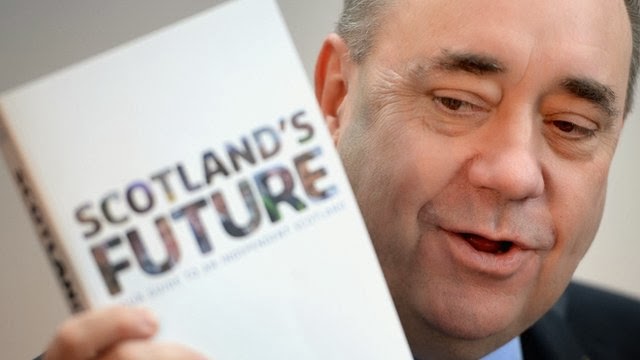 I’m always watching the bulls behind the barrier and I have to say that the Scottish process is democratic, it’s admirable, it is exemplary and it’s inspirational. I have to say that the Scottish Government are handling the situation really well despite the austerity policies imposed by Westminster.  They have shown a plan to everyone that will be a great start for an Independent Scotland in the case of a Yes vote. They are leading the way, with a fantastic project: The White Paper is a start, but is a very good start. The cards are on the table...

I always follow the Scottish news and First Minister’s Questions. I’m following with special attention every wee step on this road to the referendum, with even more interest since I noticed the affinity between Partido Popular and Better Together.

That is the reason why on 28th of November I was shocked and outraged listening to Labour-Tory-LibDem trying to cause trouble for Alex Salmond with the dirty game that I call “International Better Together”. 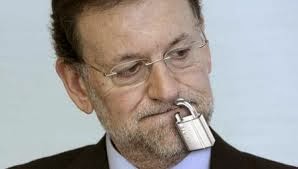 How can a Spanish politician be so irresponsible as to put in danger their own interests and give us even more problems that we have right now? Well, as our politicians are so mediocre, corrupt, and badly prepared, anything is possible with them.

But listening First Minister’s Questions on 12th of December, I wondered if any of the “Project Fear” MSPs have read the White Paper. I wondered if the “historical memory” concept exist in Scotland, I wondered if Ruth Davison believes her owns lies on the EU and if she believes that Better Together has a real plan B. Because, watching the bulls behind the barrier, I haven’t heard about any red-white or black and blue paper from them, and I would like to have something to read from better together apart from the supposition of keeping the cuts and austerity policies from Westminster. 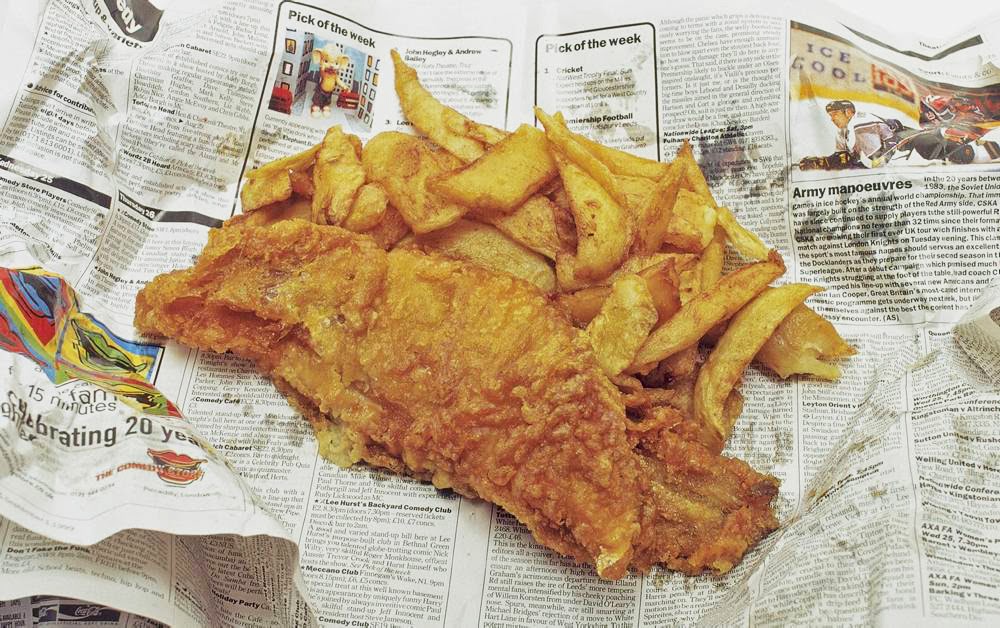 Going further afield of Holyrood and checking the hastag  #fmqs in twitter you could find few of tweets from Better Together supporters, making fun of Alex Salmond and his defense of the EU matters when he was answering  Ruth Davison and he emphasized  how rich  the Scottish Waters are, and emphasized the importance of the fishing licenses.  Who would veto Scotland from being part of the EU?

Labour-Tory-LibDem- Better Together were talking  about Spain and Rajoy  like he was the only person living in this country and they forgot, that there are millions of Spanish people living on this peninsula. They clearly forgot or don’t know about the quality of our representatives and the irresponsibility of Rajoy and Co., their corruption scandals, the habit of saying one thing first and another thing later, they forgot  or don’t know that there are millions of Spanish people suffering their austerity policies, their cuts on public services and also in human rights. 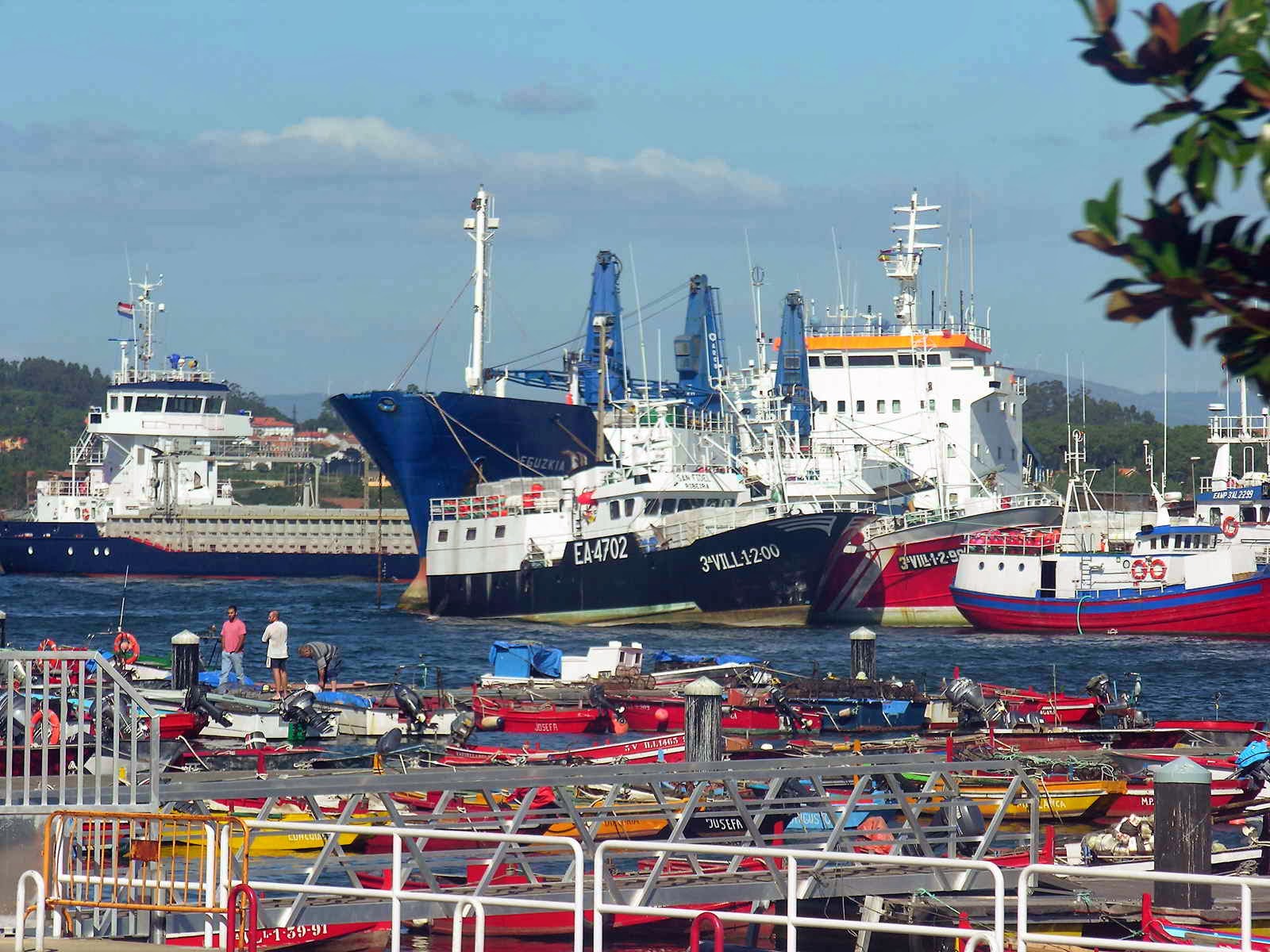 And by the way, I wonder if the Labour Party remember those who were fighting for freedom and human rights in the Spanish Civil War, I mean those who were killed in Spain, the International Brigade? Do you know that there are still thousands of International Brigade volunteers buried in ditches in Spain…? Partido Popular abolished the Historical Memory law, and right now we are going back to the past… that is not a joke… that is very serious. It is not a coincidence that Strasbourg Court is now more known in Spain than ever.

Apparently for some Better Together supporters it’s very funny that Scotland has fish because they also forgot or don’t know, how many fishing licenses would depend on the Scottish Government in the unlikely case that the stupid PP would veto Scotland’s entrance in EU? 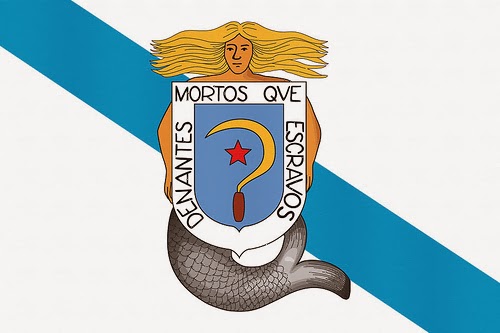 Apparently Better Together forgot or doesn’t know how important that issue is for Galiza (my Nation, by the way, Mr. Rajoy), or for Spain, if you prefer… because you are Better Together.

And the result was that which for some is a reason for making fun… for me and for thousands of other Galician people would be a huge tragedy to lose these fishing licenses. It is not a joke, it would be catastrophic for our already damaged economy.

Because, just in case you don´t know, Galician Devolution is weaker every day, and our farmers and our fishermen are in very poor condition thanks to Madrid’s austerity and centralists policies.

Because, just in case you don’t know, the importance of fishing license for Galiza in the Atlantic and North Sea is huge, the importance of Galician Erasmus students in Scotland is huge, the importance of paying 3 times the taxes if Scotland gets independence and is not member of EU is huge. Oh, and by the way, aye, Scotland has fish… do you know how much fish Scotland exports to Spain? We are not talking about making fun of Big Eck,  we are talking about the lives of thousands of families here in Galiza, there in Alba.  We are talking about thousands of tons of fishing quotes just for hake, cod, langostines (aye, independent langostines... http://pilaraymara.blogspot.com.es/2013/11/rajoy-e-os-langostinos-independentistas.html). I’ll tell you just how much in another post.

Do you really think that Spain would veto Scottish membership of Europe…? Really? There is not a single reason for that. Not a single one. 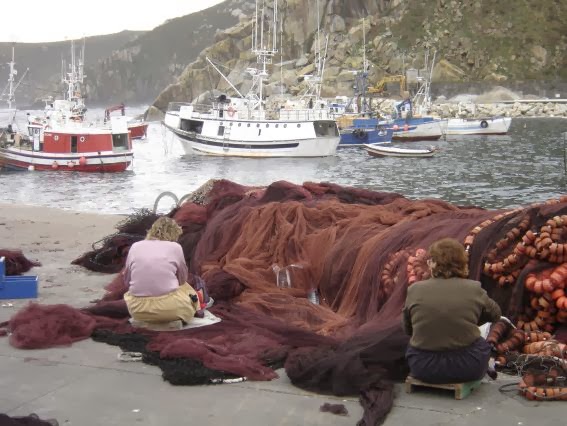 So, I’m not surprised that Alex Salmond was angry, answering the opposition, because he has all the information, he cares about his country and he knows very well what kind of international and diplomatic problems Scotland would have as the result of treason by Westminster. Everyone with common sense can realize how powerful an Independent Scotland can be. The Scottish Government knows very well what kind of diplomatic international relationship Scotland would be able to offer, because they make all the information you need (we need) available.

For some Better Togethers it is much easier to make jokes about Alex Salmond and the fish, because they don’t have any information, and that’s why they give us misinformation and fear instead.