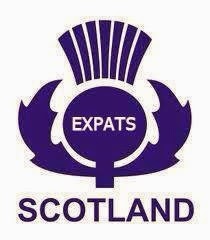 Many Scots working overseas or in England are rightly disillusioned that they will not get the opportunity to register their vote in the Independence Referendum on 18th September, feeling that they have effectively been cut-off from this momentous decision on the Country of their birth. I too am part of that group feeling aggrieved, but I’ve decided to channel my energy in a direction other than complaint.

I’ve always been a supporter of Scottish Independence as far back as I can remember growing up in Scotland. It just seemed to me that Scotland as my country should be a proper self-governing nation like all other nations on the planet. I did a year of study abroad in Spain whilst at University, which strengthened my belief even further as I met people from so many other countries – many of whom already thought Scotland was an Independent country. The people I met seemed all to be huge fans of my home nation, admirers of its culture and friendliness of the people; unexpectedly this in turn gave me a new sense of pride and yearning for home.
After returning to finish my studies in Scotland, it was with some regret but also a sense of excitement that I received a job offer with a major US firm. My working career would take me to US, England, Japan, Switzerland, France, Luxembourg, Australia, Spain, Hong Kong and now Thailand. I have been away from Scotland for approximately 15 years. Despite that, Scotland is still home. I try to go back every year and my mother, brothers, sisters, and other relatives are all still in Scotland. I’m now married to a Thai lady and have 3 beautiful daughters.
My affinity with home is still amazingly strong and so it was very sad to know that I cannot vote directly in September. I’ve read about some expat claiming there is a legal implication on this, I’ve read and heard other expats complain constantly on the matter. I decided that the Cause is more important than my personal exclusion, and so sought out ways to channel my energy in making sure that I can convince as many people as possible to vote Yes, despite my location overseas.
So how have I done that? Well I setup a Facebook Page at the beginning of the Campaign called “Expats for Scotland Independence”. It now has around 5,000 member “likes” and this weeks page stats are the best yet, showing over 160,000 page views. I post materials related to the campaign and sometimes run expat-related campaigns such as asking followers to post messages of support from their locations. I also make extensive use of Twitter, with my own personal account and more recently with @ExpatsScotIndy account. I have a WordPress Blog, GlobalAlba, although admittedly have not used it as much as I’d like to. I’ve also actively supported Crowdfunding Yes Campaign groups as much as I am able to. Recently we held an Independence debate in Bangkok for Scots expats to join, a lively event which we hope to repeat before the Referendum itself.
Expats Scotland Independence Facebook
ExpatsScotIndy Twitter
GlobalAlba WordPress
More importantly, I still speak with friends and family back home and can happily say that every single one of them is a Yes voter. I’ve ensured that my younger sister gets on the election register as it is her first time voting.
So I have a simple request to all Expats who are feeling annoyed that they cannot vote themselves. Please channel your energy into ensuring that we win despite the fact that you cannot vote. Take that energy and commit to convincing as many people as possible in the last couple of months, to get registered, to commit to Yes, and to attempt to act as ambassadors themselves by informing others. We are so close to making Yes a reality, we need that final push over the line.
As for me, well I look forward to bringing my family back to live in an Independent Scotland and to help build a fair, compassionate, confident and prosperous nation.
This article was first published at: http://jmcleary.wordpress.com/2014/07/09/expat-scots-and-the-referendum-vote/ Thank you so much for sharing it!
Publicado por pilaraymara.com en 12:38