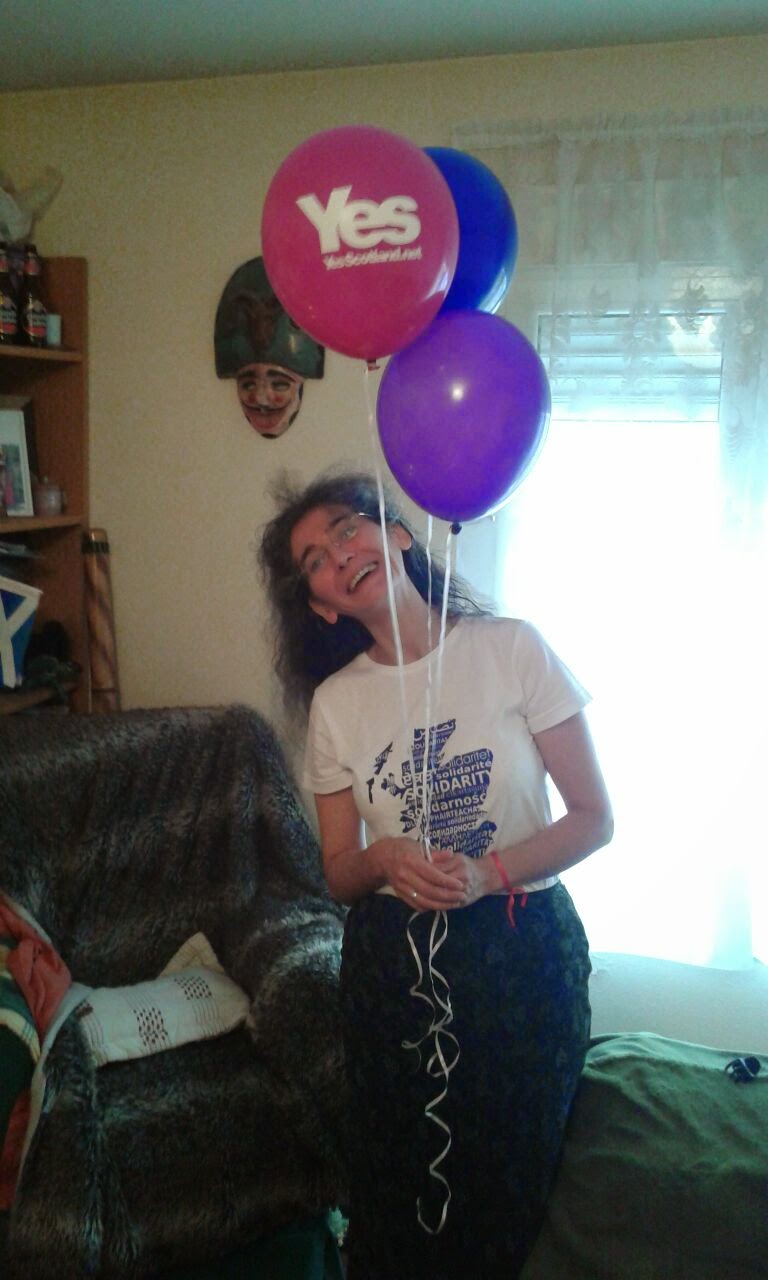 And here it is my wee report about the 25th of July and Solidarity with Scotland in Galiza!

We started at the Alameda with a stall and were colleting  signatures and pictures. 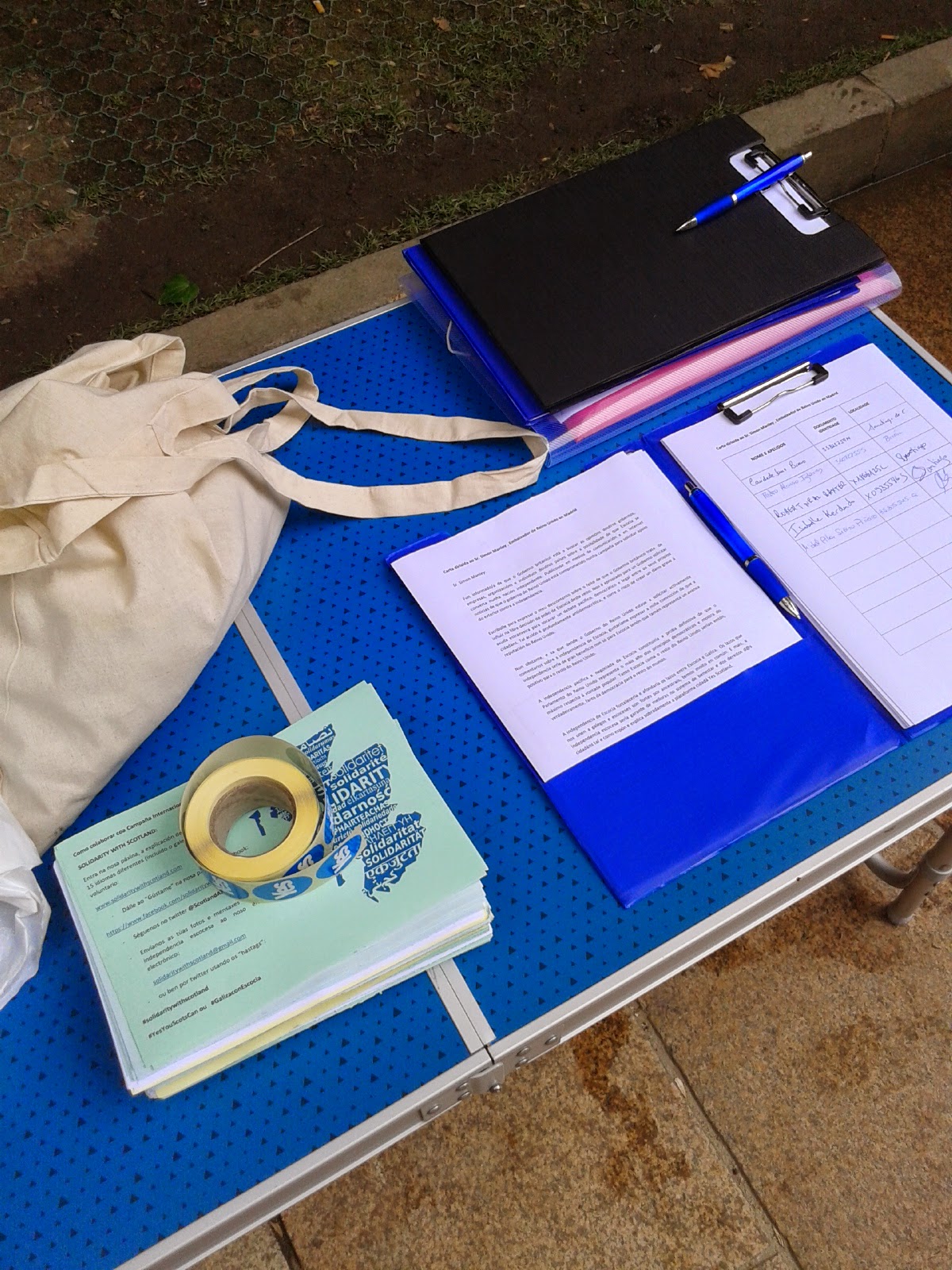 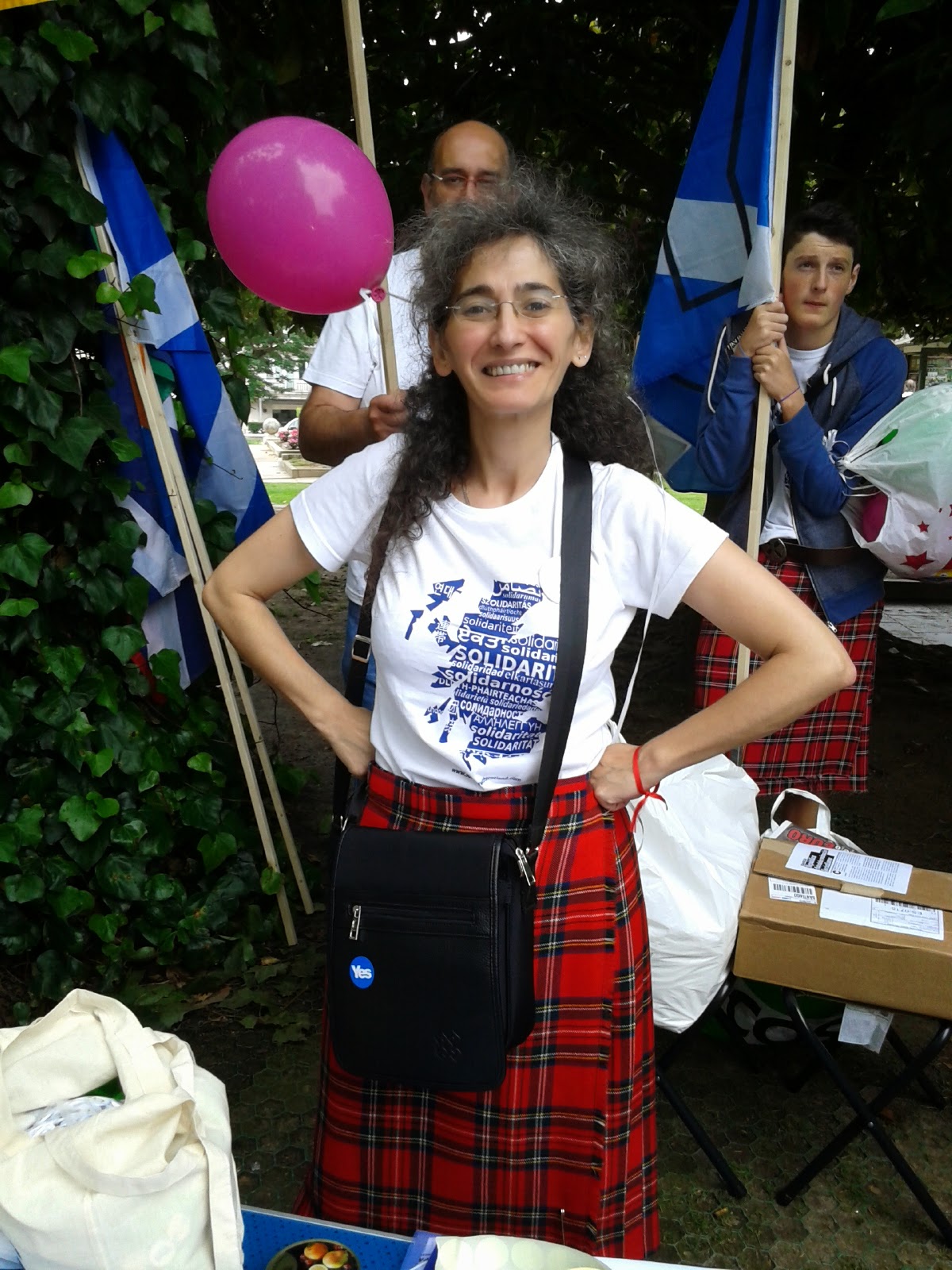 A friend from Pontevedra and another from Portugal wanted to say a wee hello to us! What a surprise: 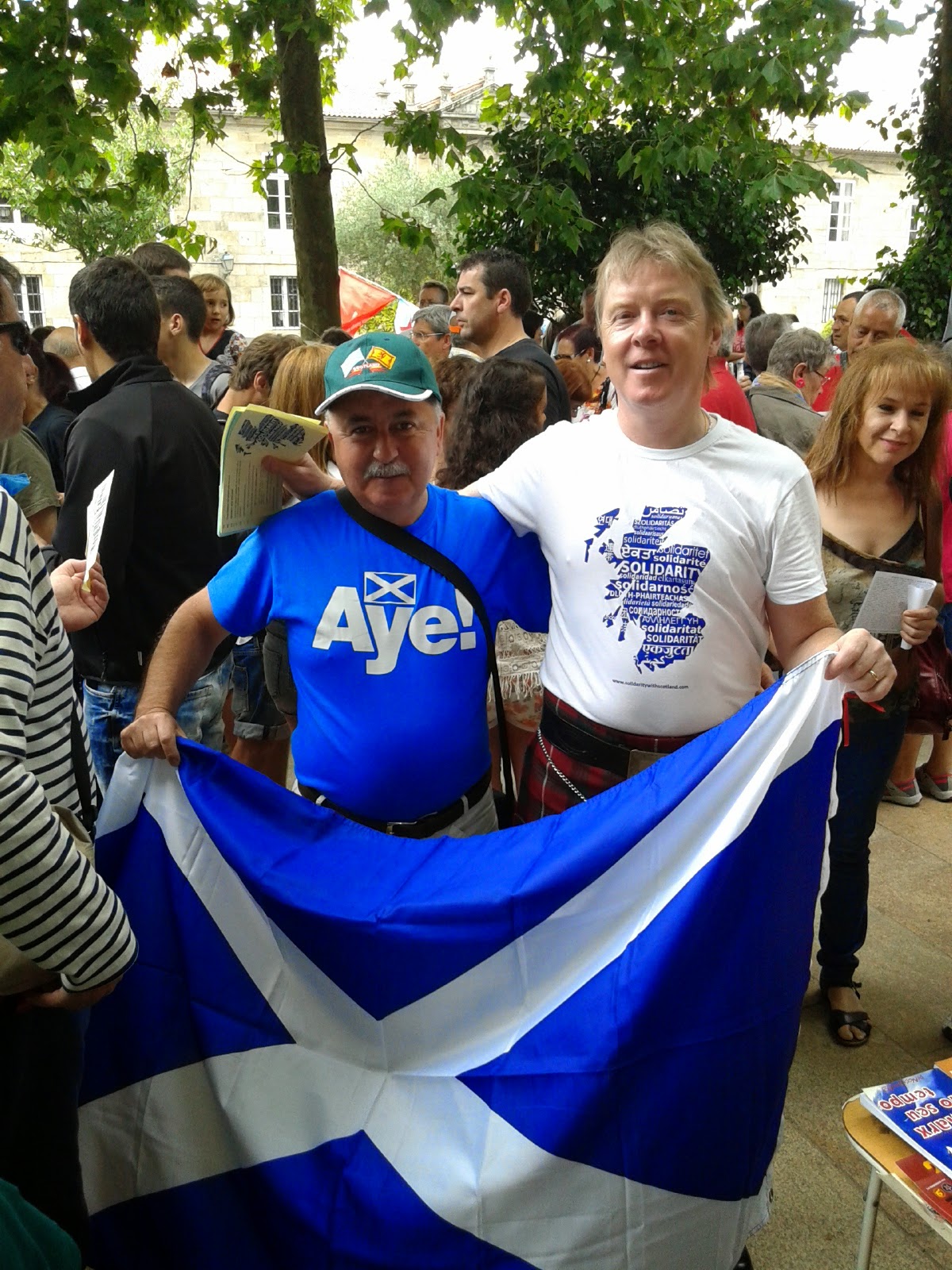 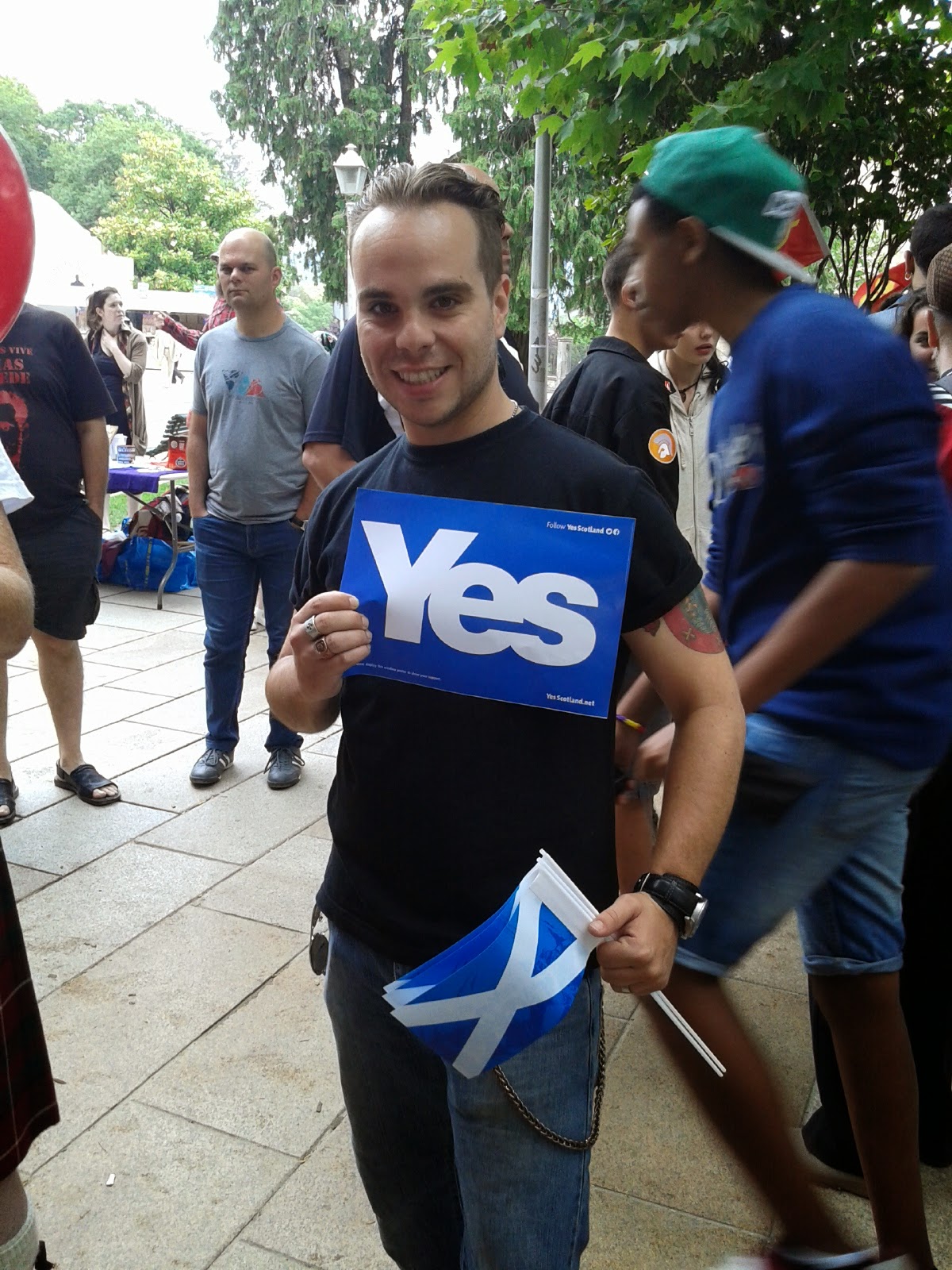 The wee one enjoyed the YES SCOTLAND ballons very much! 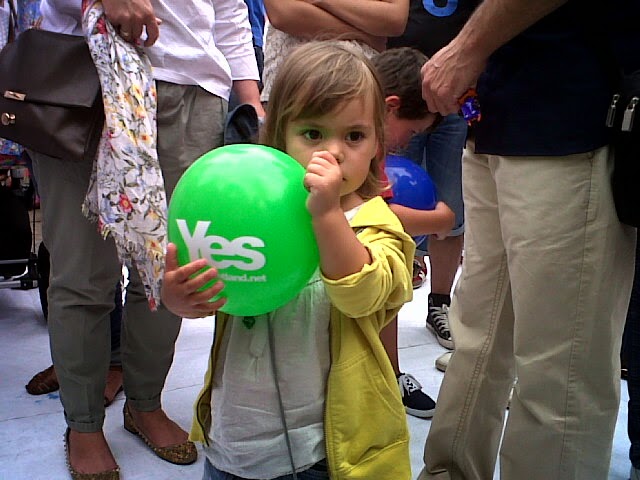 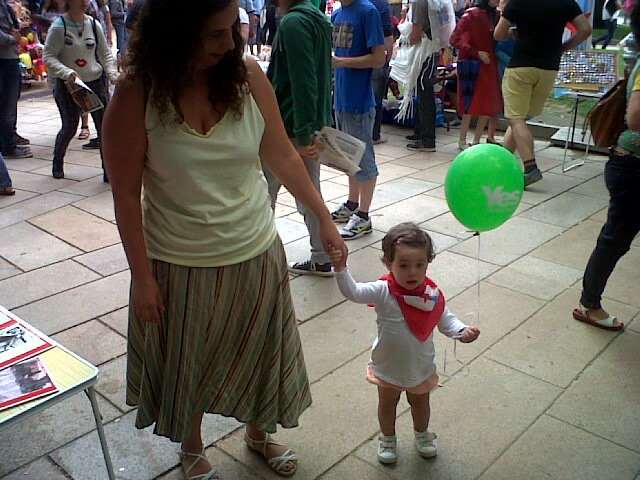 And someone who has a Scottish Piping Master wanted to collaborate with us too in his way! Amazing! 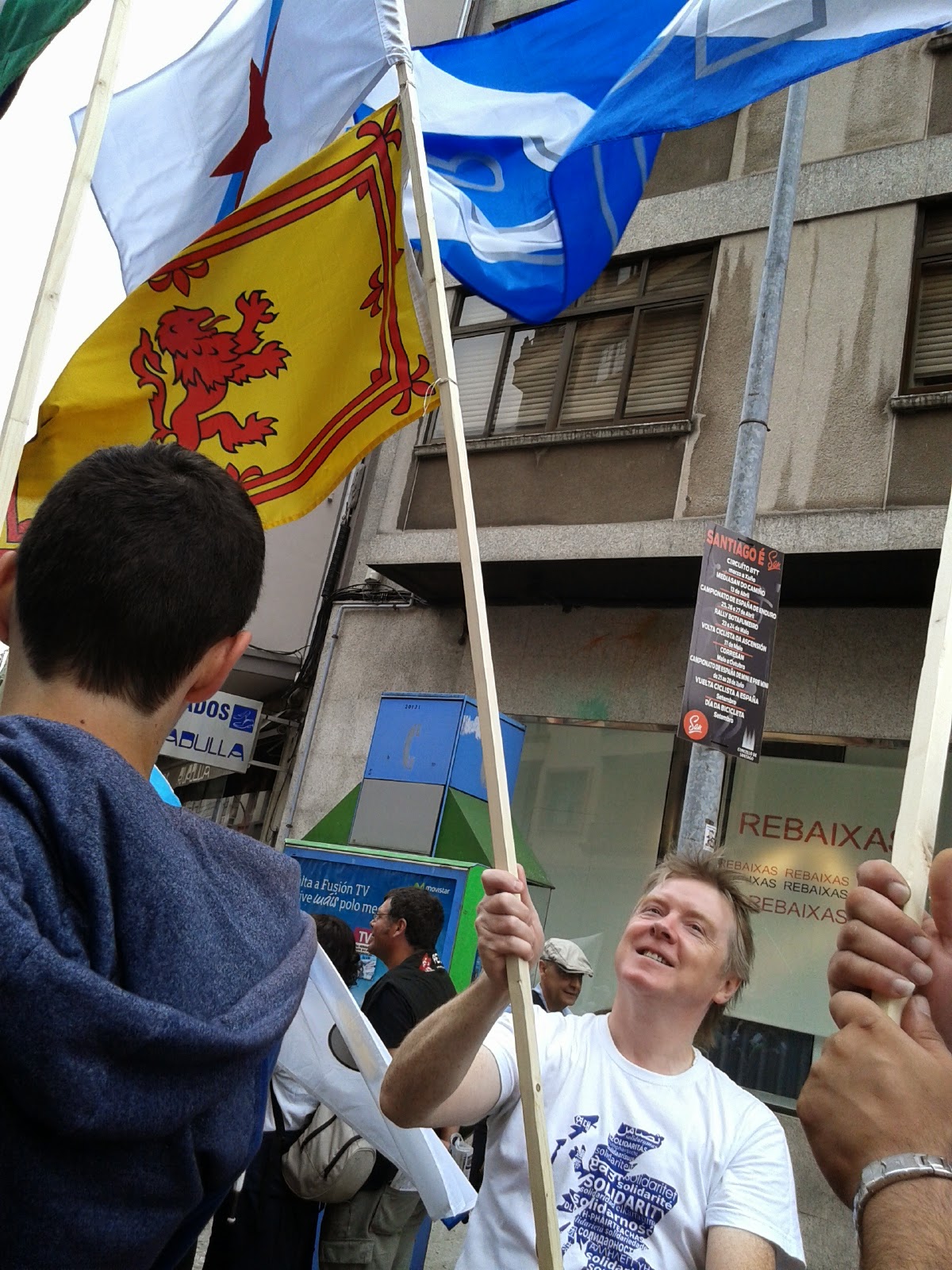 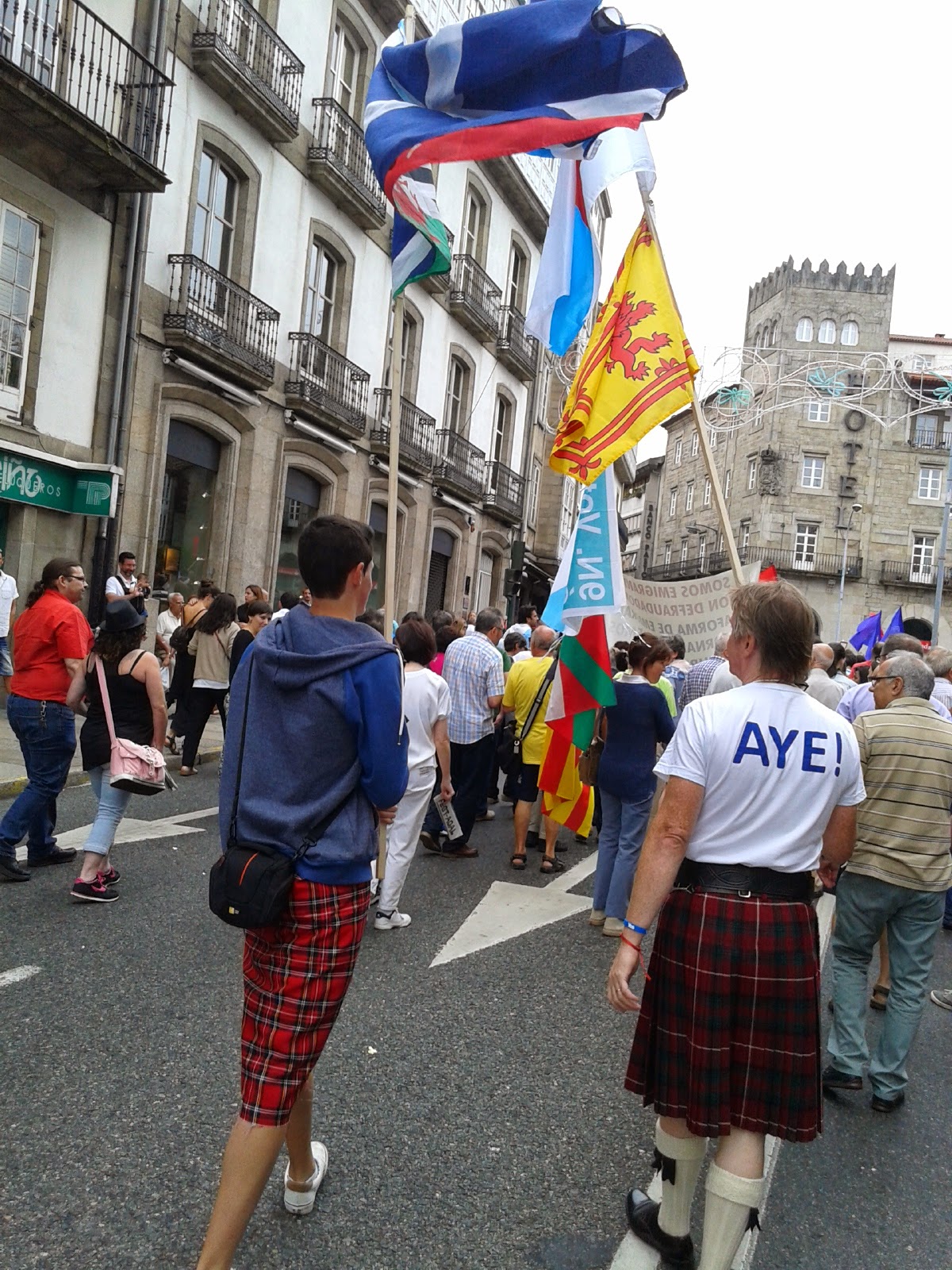 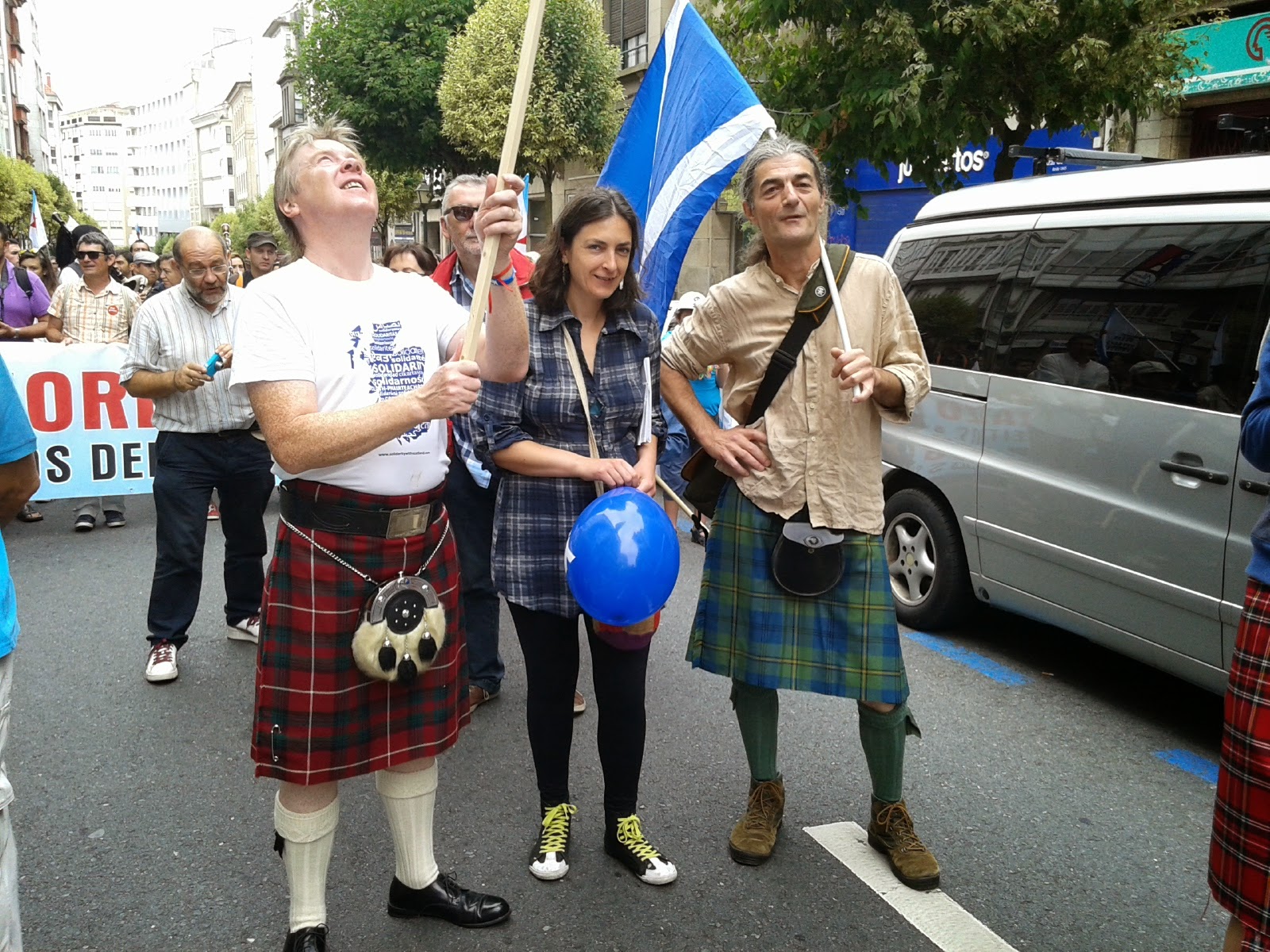 Tasmina Ahmed-Sheik was invited by the BNG and we were very honoured to have her and her husband in Galiza on such a special day! 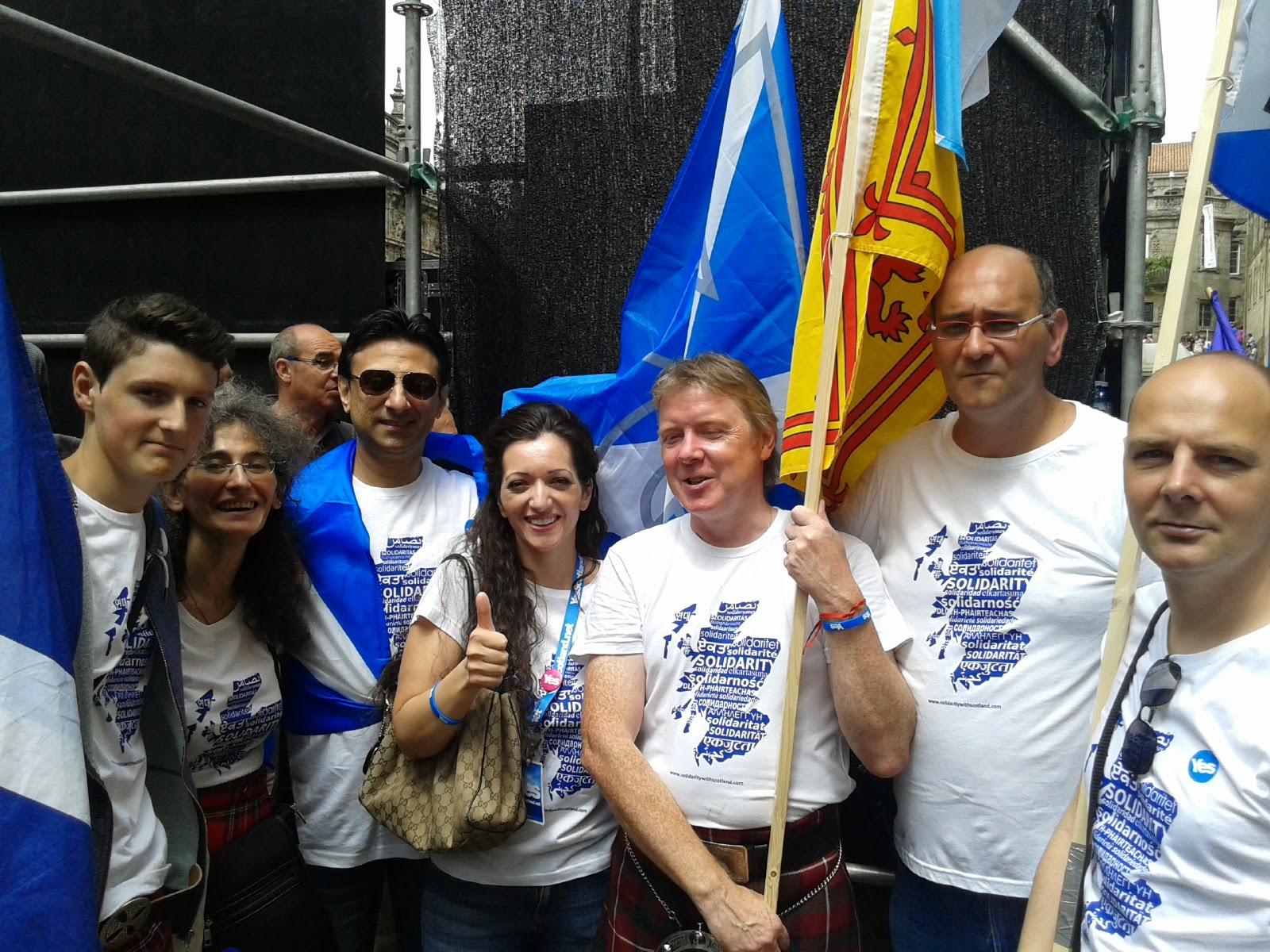 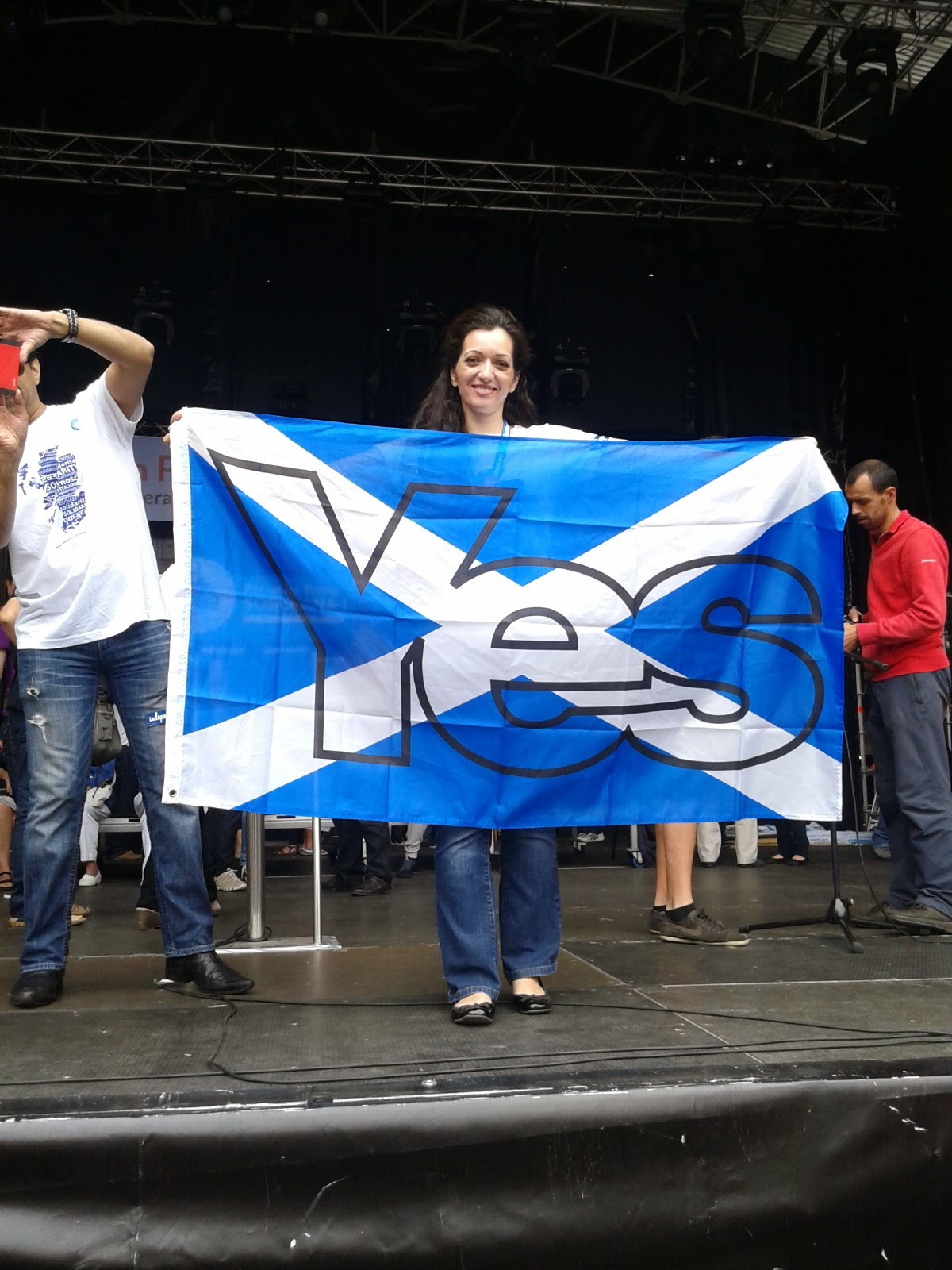 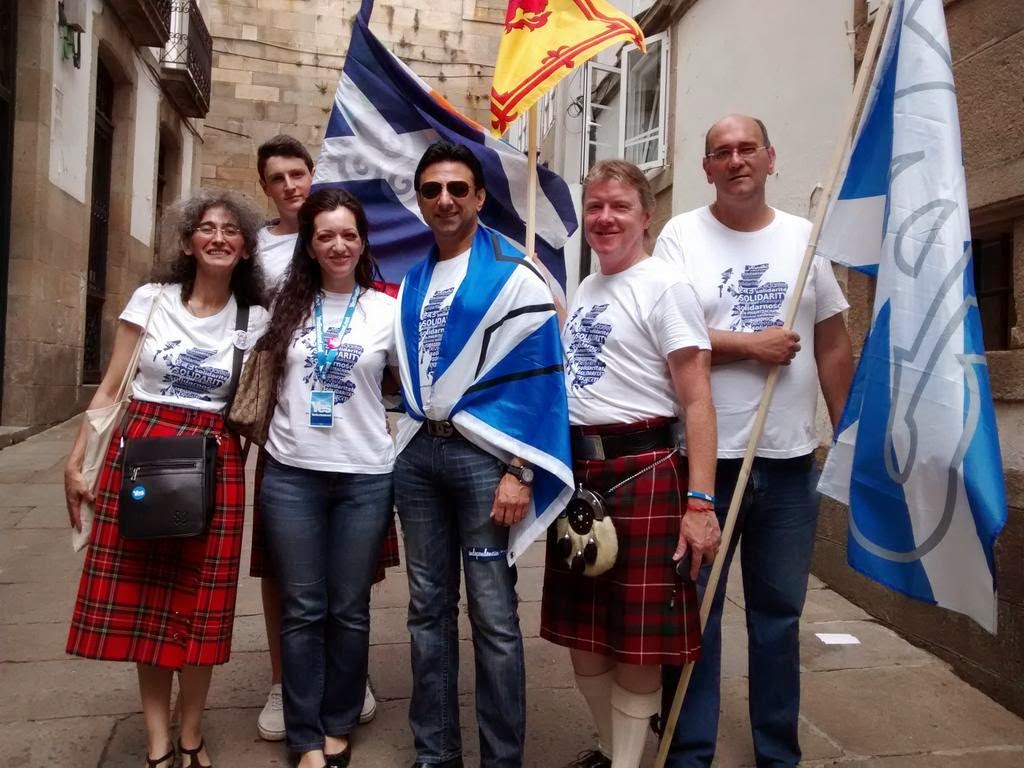 Then we were at the Festigal  collecting pictures and signatures of support for Scottish independence! People from Asturies, Euskal Herria, Valencia, Japan, Brasil, Germany, Andalucía... even from Scotland! What an amazing support for the Scots! You really can't imagine how important you are for all of us, guys! 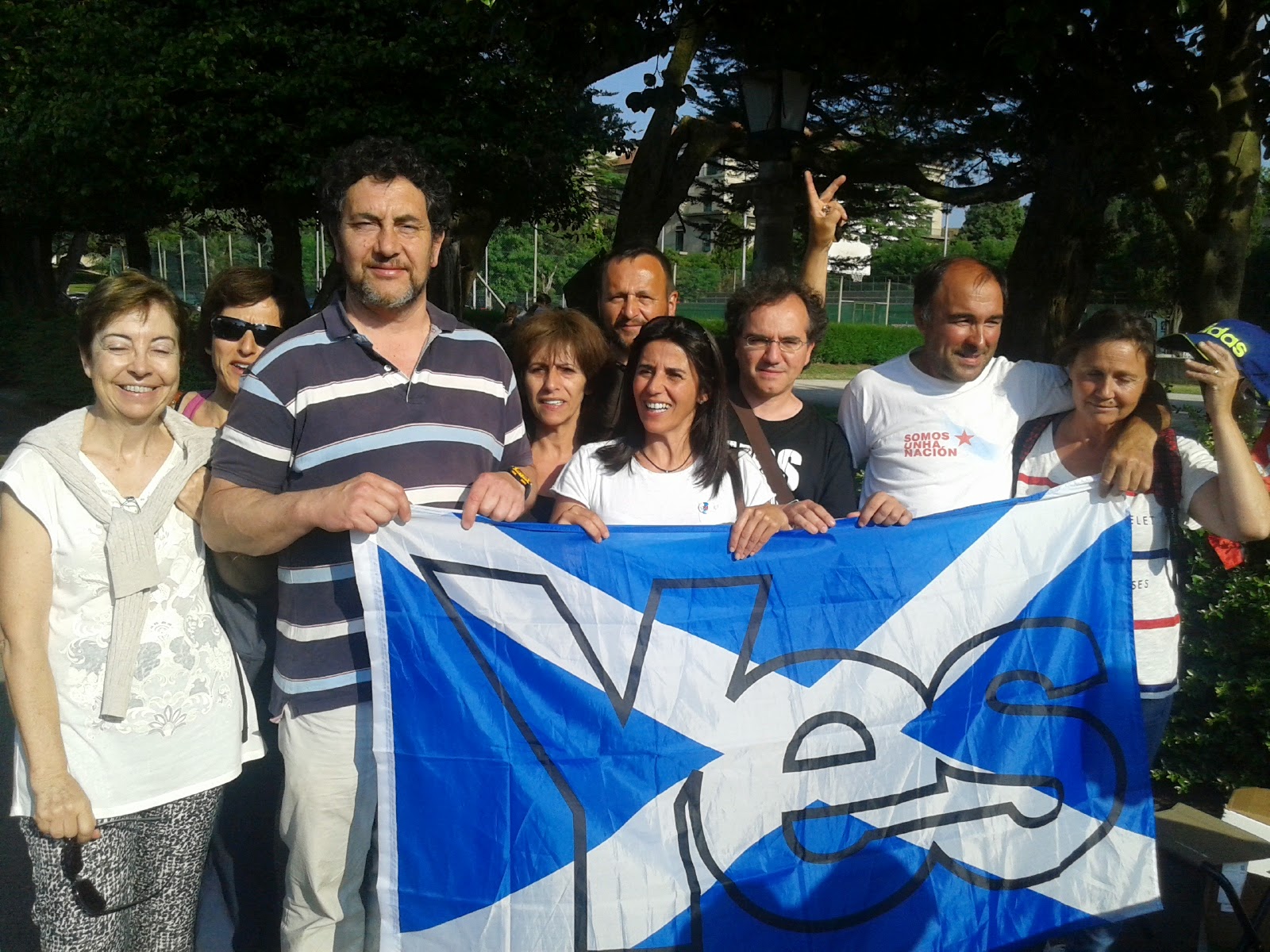 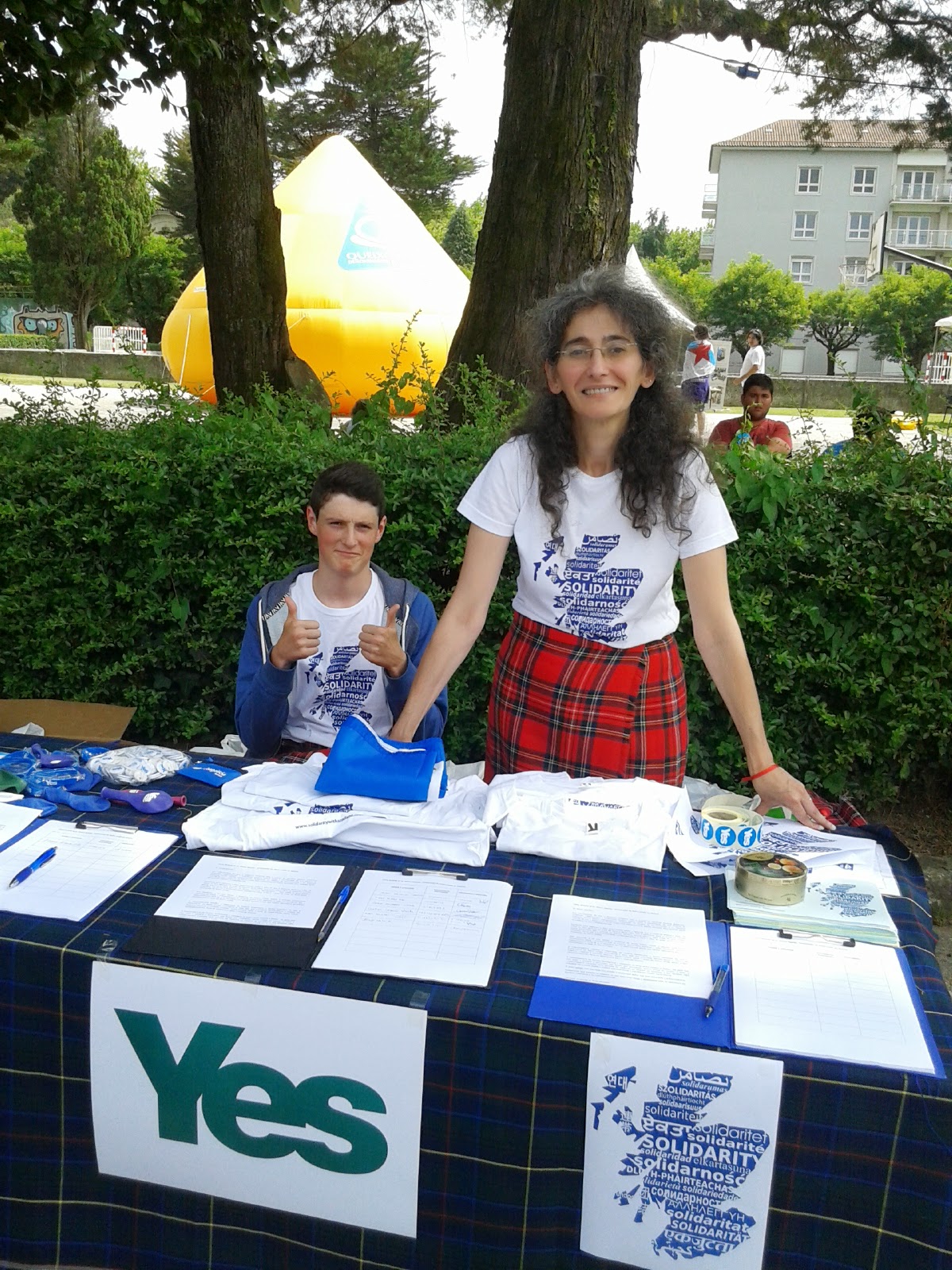 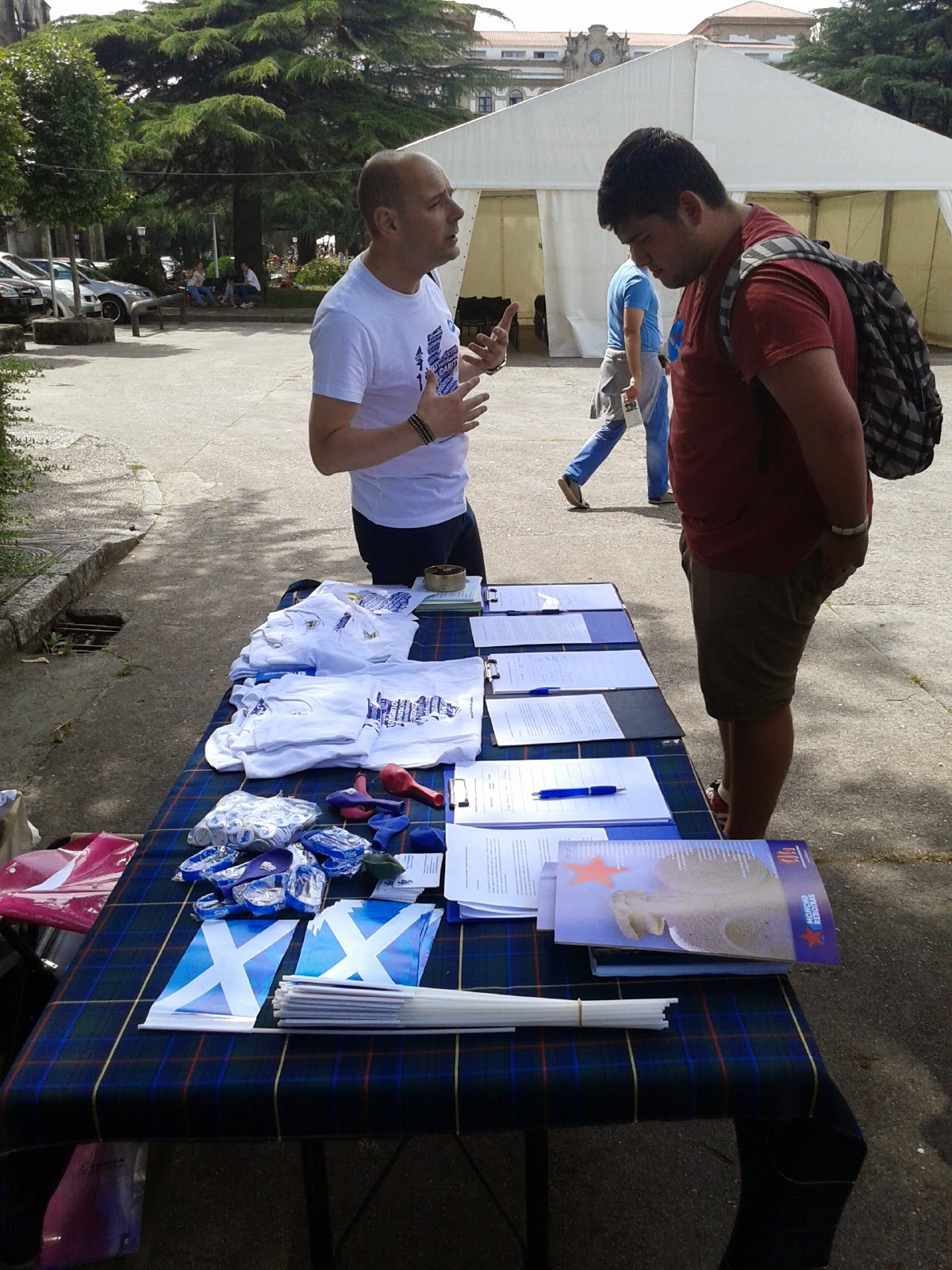 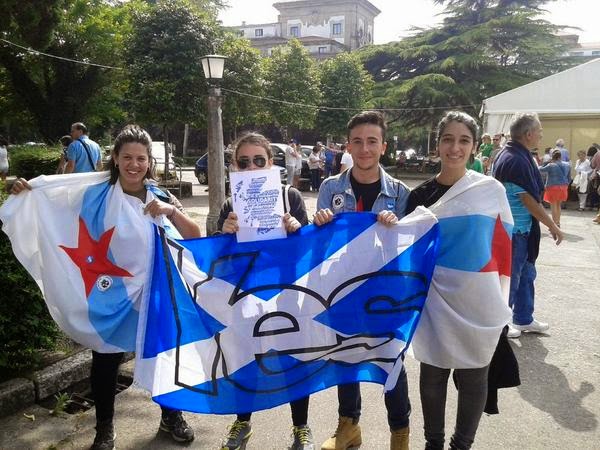 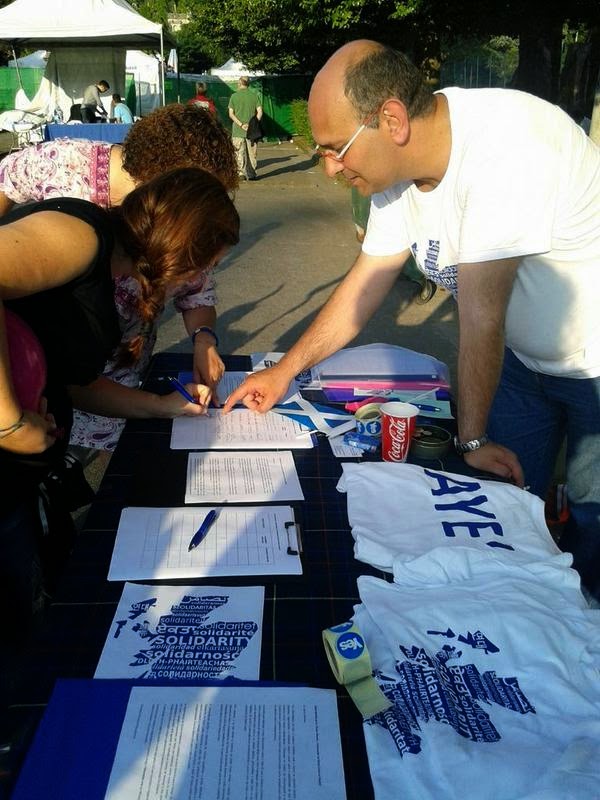 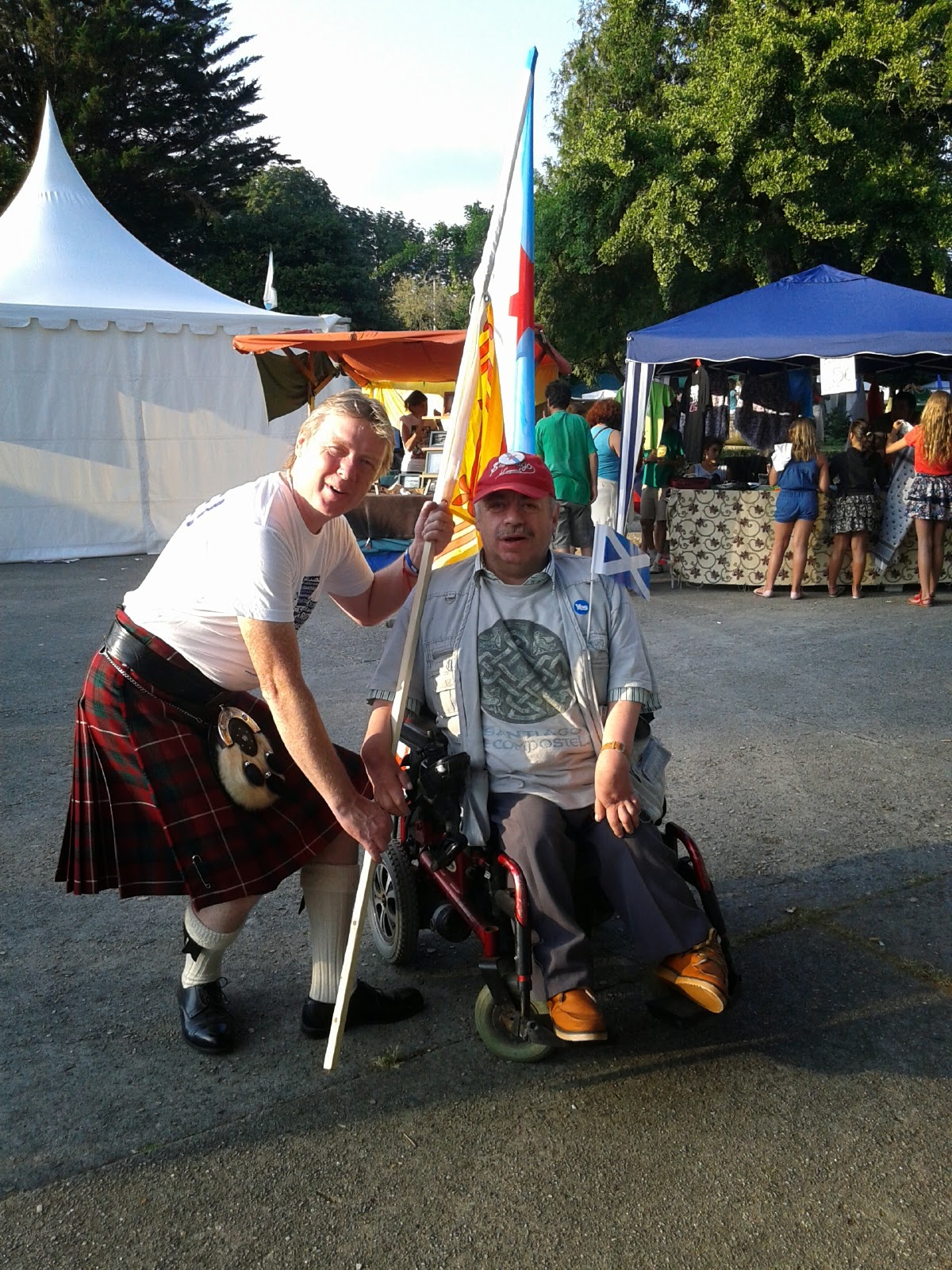 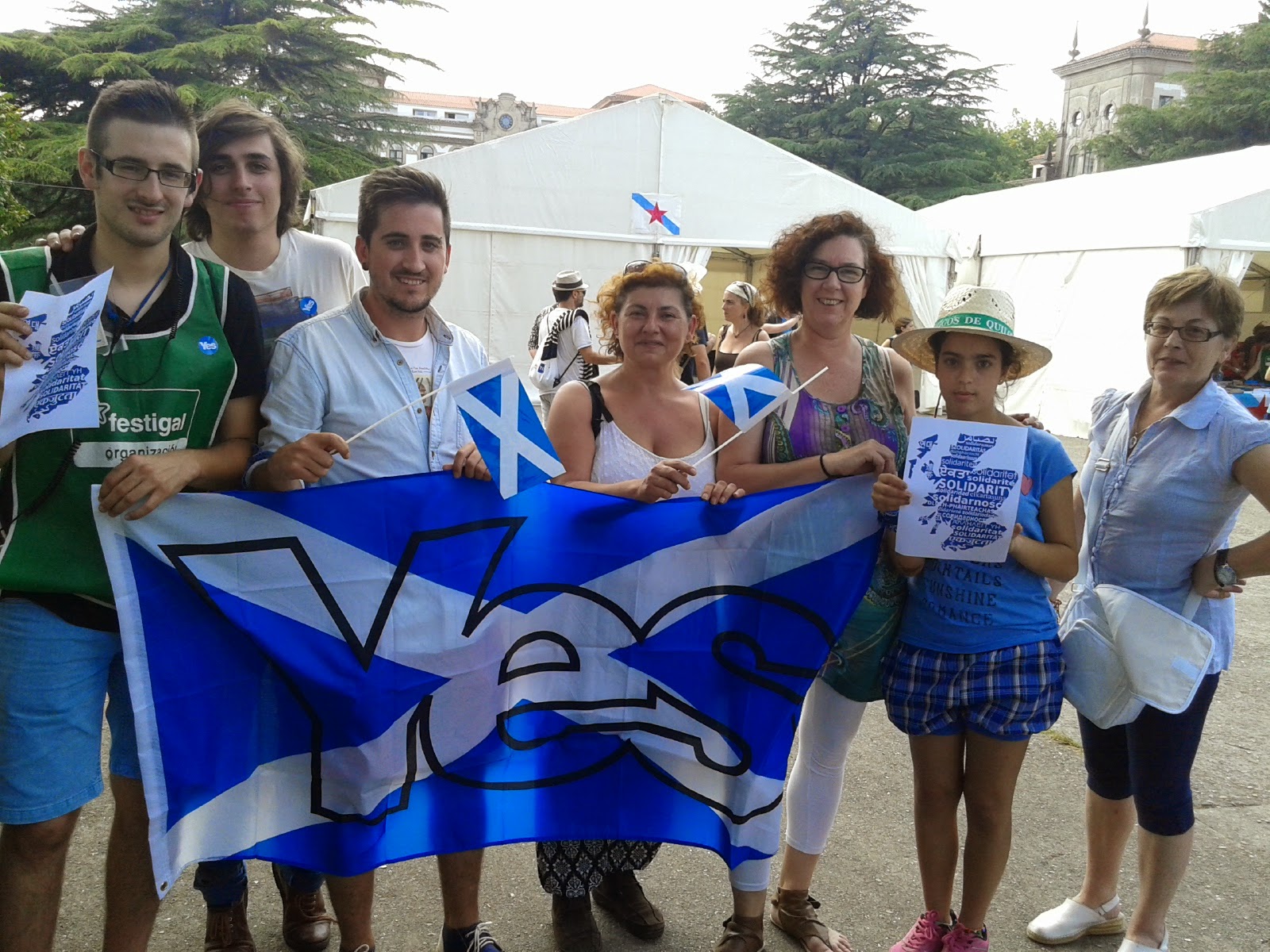 Jon Scullard acted as interpreter for Tasmina who tried out her perfect Galician prononciation (always appreciated, thank you so much!) 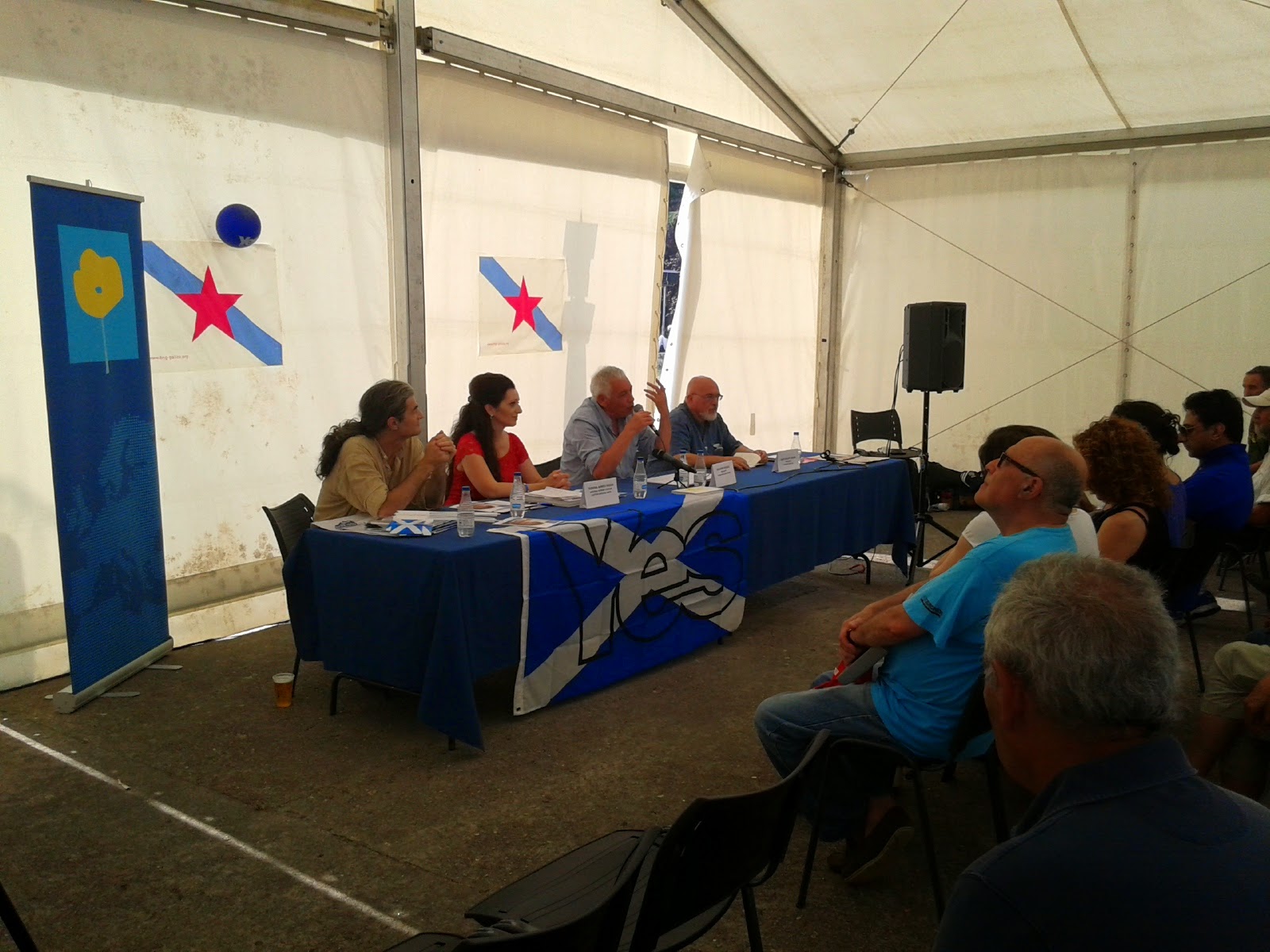 And finally, we collaborated with the International Solidarity Organizations "Mar de Lumes" as they organised a collective photo of support for an independent Scotland from Galiza. That was their contribution to this International Campaign. Absolutely brilliant and I know that they worked very very hard to get this amazing photo! 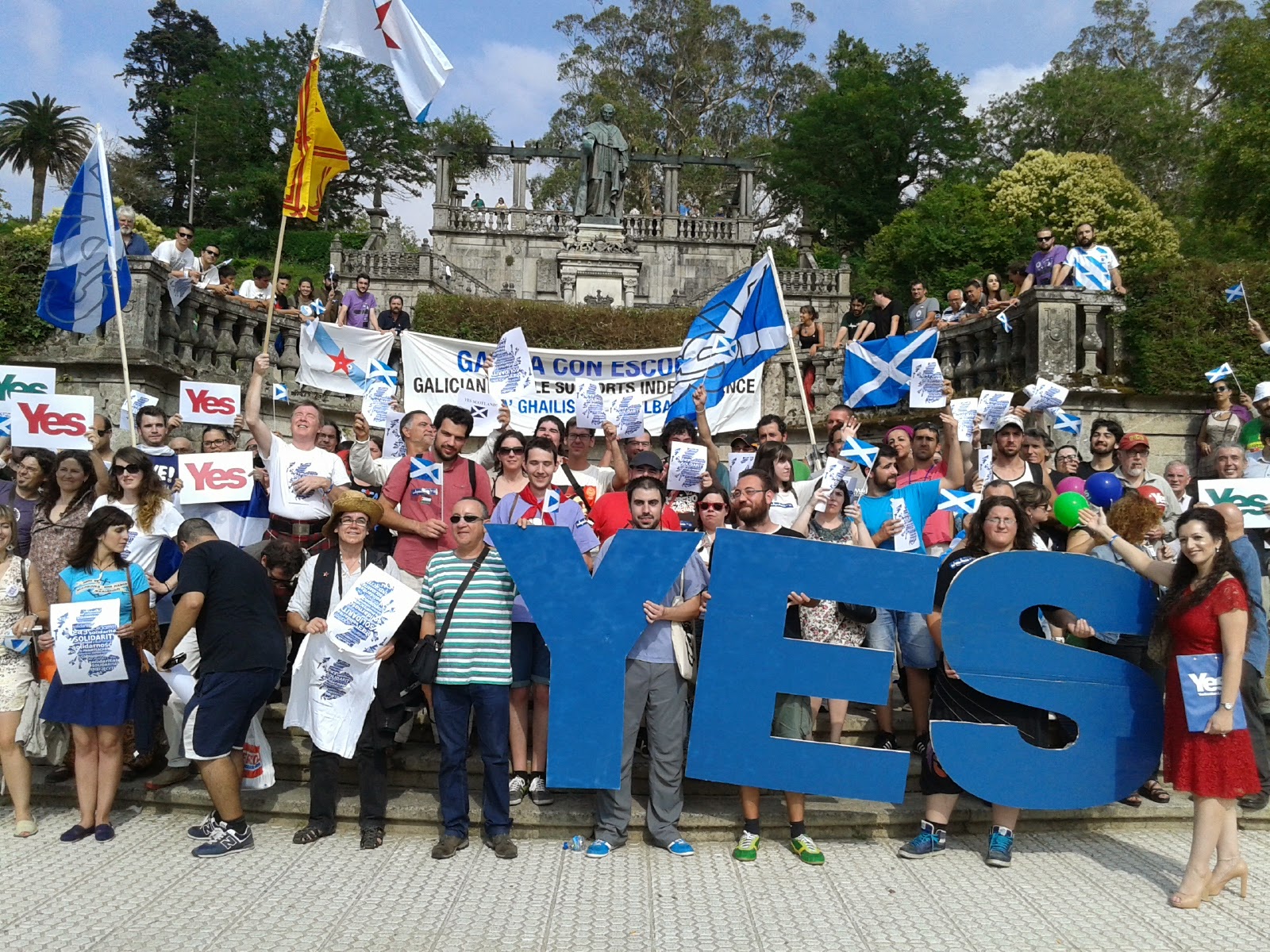 Well guys! We are very happy, we collected about 700 sinatures to send a letter to the British Embassy in Madrid telling Simon Manley that Galicians are very proud of our brotherhood and friendship with Scotland and we stand with you from here. We want you to be a new independent nation, so GO FOR IT, CONQUER THE FEAR - YES SCOTS, YOU CAN! 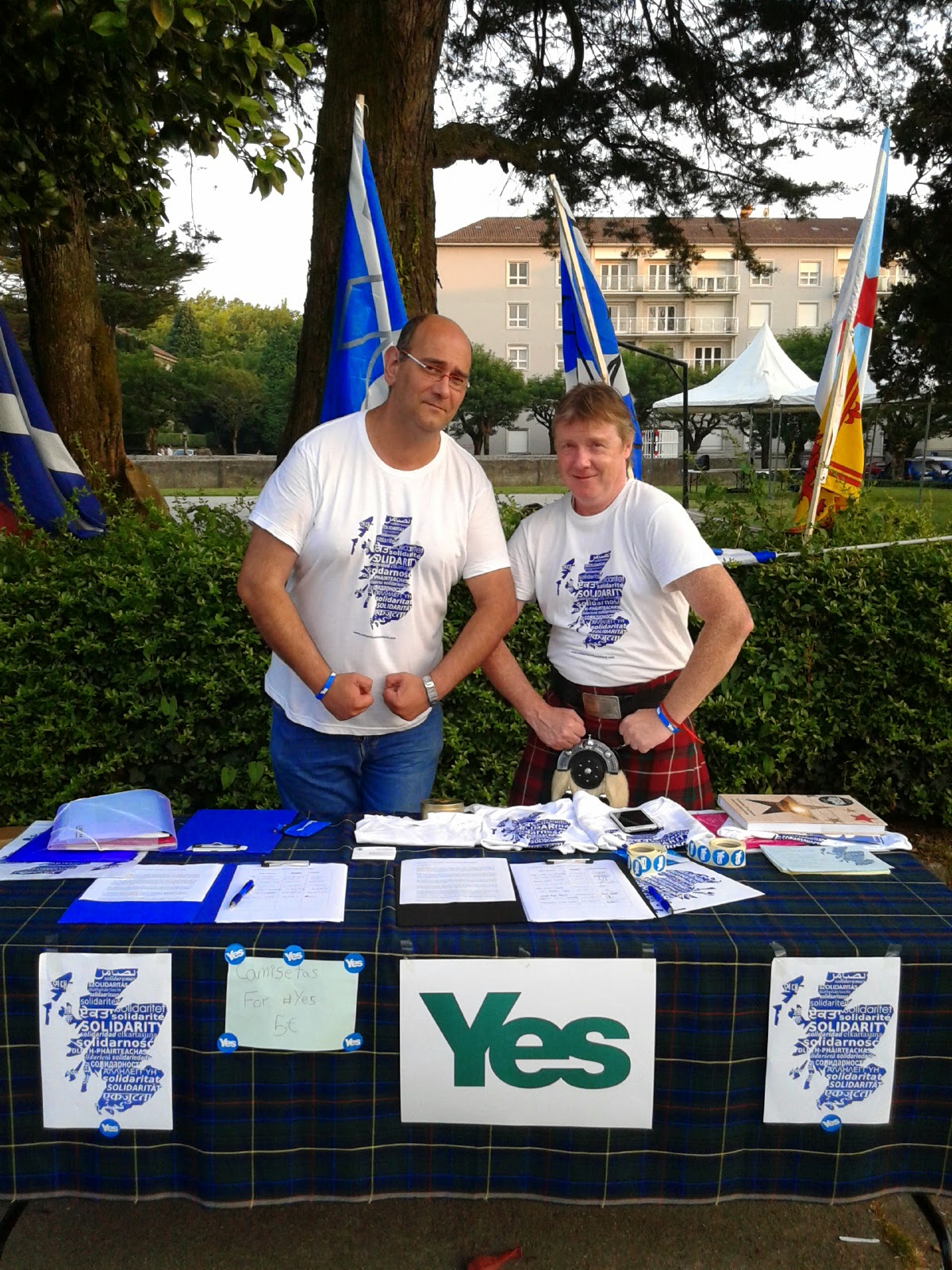 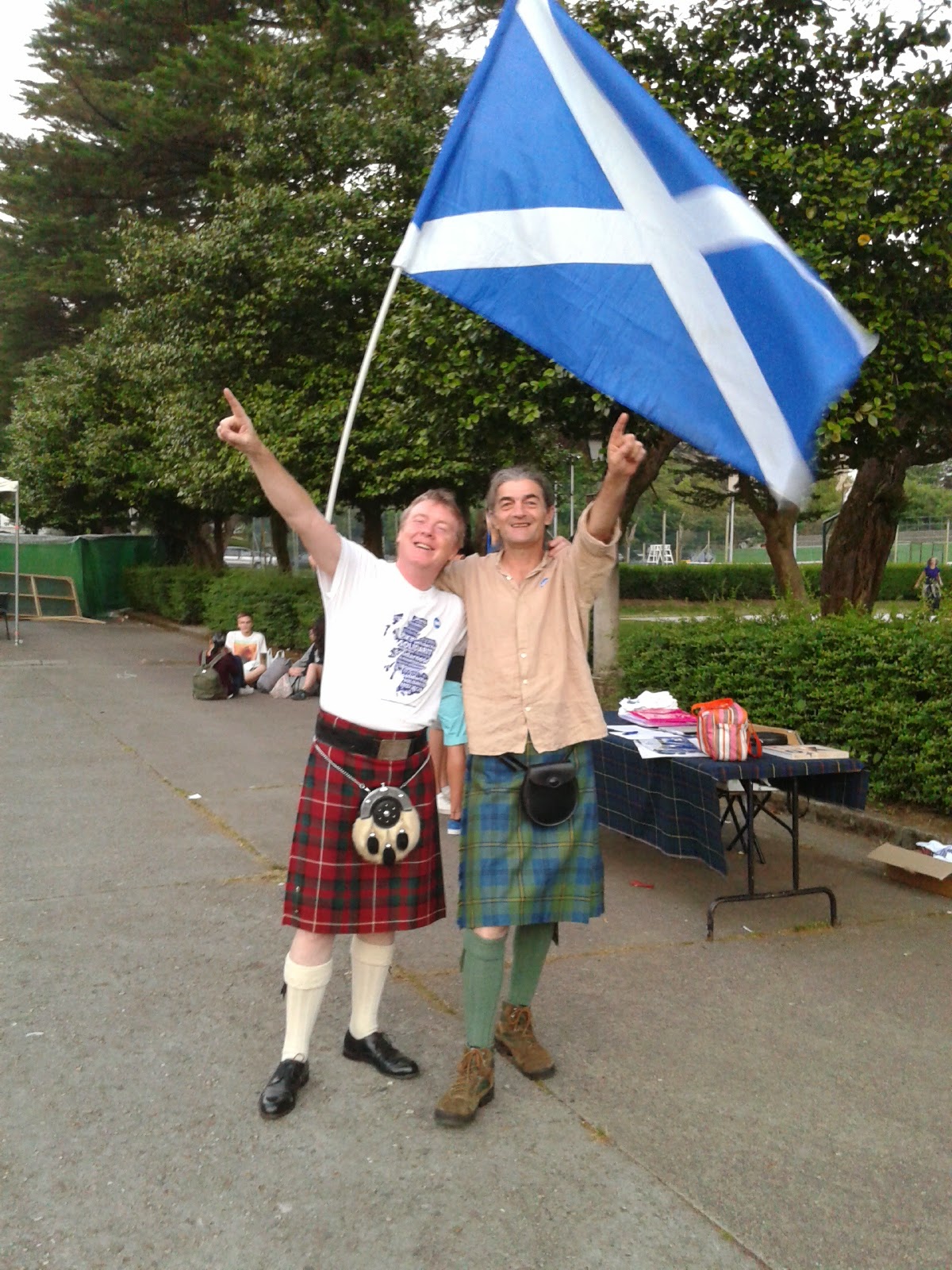 You can see all the photos here:
https://drive.google.com/folderview?id=0B2cIt-H2UH35NjdjTENySElBdnc&usp=sharing