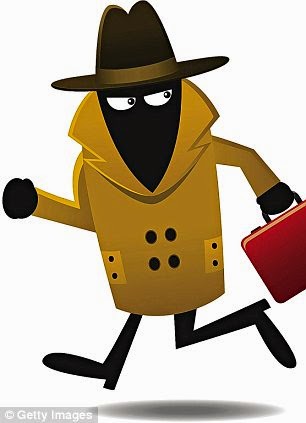 You are in a darkened room, in the basement of MI5's Thames House HQ. The meeting is interminable.

You wake up when you hear the word "Scotland."

What would you do if you were MI5, charged with "protecting the UK"? Yes there are external threats. But now there is a threat from inside, that Scotland will drop out of the UK and force England to give up its Trident base at Faslane. You would be derelict in your duty if you did not attempt, by whatever means possible, to derail the Yes Campaign.

How? The classic spook's manoeuvre - tar the leader with personal allegations. What might MI5 use against Alex Salmond or Nicola Sturgeon? A sex scandal? Corruption?

Because that is what might have just happened in Catalonia.

On the 25th July, the Most Honourable Jordi Pujol, President of Catalonia 1980-2003, issued a news release through his lawyers admitting that he had evaded taxes over 34 years in relation to a €4m inheritance from his father, Florenci Pujol.

The story raced through the Catalan and Spanish media in the silly season for news, building into a witch hunt. Five days after the confession, the leading Catalan newspaper headline, over ten pages of comment and analysis, was "Pujol is not Honourable." 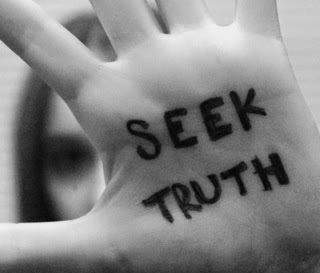 Jordi Pujol was the patron saint of Catalan nationalism. Imprisoned and tortured for his views under the Franco dictatorship, he founded in 1975 what has been since then the dominant political force in Catalan politics, CDC ('Catalan Democratic Convergence', later merged into CiU). He was the face of Catalonia on the world stage, and a wily local and national politician, benefiting from weak coalitions in Madrid to push through legislation that allowed Catalonia some degree of autonomy. His dream was independence.

The Pujol revelations began when an estranged daughter in law, Maria Victoria Álvarez, and a former business associate in Puerto del Rosario, Argentina, released information to the police about irregular deals, some involving car-loads of cash in €500 notes being driven by Sr Pujol's son (also named Jordi) from Andorra to Madrid.  The allegations turned into a flood on 7 July this year when El Mundo, a right-wing newspaper, leaked information apparently provided by an ex-advisor to the Banca Privada d'Andorra. On the 14th July, Sr Pujol's wife Marta Ferrusola and four of their seven children reportedly admitted to the Inland Revenue ('Hisenda' in Catalan) €4m in undeclared capital. On the 25th, Sr Pujol released his statement. 'Manos Limpias' ("Clean hands ") a shady pressure group took the case to court on the 28th, so that it became a legal affair.

This story is much too perfect, too precisely timed in the silly season, for it to be simply the result of diligent journalism. The timing, three months before the planned 9th November independence referendum, is strategic. The target, the retired patron saint of Catalan nationalism, too carefully chosen. And the media reaction, pages of analysis, hours of TV, too clamorous.

Because this is almost a non-story. Thousands, perhaps tens of thousands of people in Spain and Catalonia have assets salted away in Andorra. It was a common safeguard during the Franco era - recognised by the Spanish government in three fiscal amnesties in recent years. Sr Pujol must have dozens of friends who have the same rainy day fund, from a father or mother, in a vault in Andorra.

This does not make it right. And these people were not the Most Honourable President of Catalonia. Nor did they speak on public platforms about ethics and moral values.

But it is very conveniently timed news for Madrid. Sr Rajoy, Spanish President will have been smiling over his breakfast 'churros y chocolate' as he read the news.  The story topples an icon of Catalan nationalism, beheads the political party he founded and horribly demoralises the nationalists, who discover that their longest standing leader is rotten to the core. 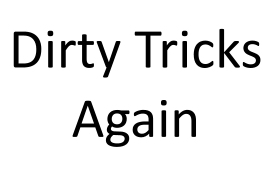 Can all this be true? Even if it is, why is it appearing now? Can all of these hidden millions have been totally unknown to the security services for the last 34 years, from when Spain was a very delicate new democracy and when Sr Pujol had many Establishment enemies? It beggars belief that his friends, associates and his enemies had no idea of this wealth.

Imagine. A black dossier on a desk at CNI headquarters in Madrid. A phone call from the Moncloa, the Spanish President's residence. A hand breaks the wax seal and opens the dossier. Pujol is assassinated, without a shot being fired.

And then consider Scotland. What contingency plan has MI5 for Scotland? Whose name is on the black dossier in Thames House?

Beware Scotland, of the enemy within.